Mourinho will be delighted!

The France international has impressed in training this week and could at least be in line for a place on the United bench at Stamford Bridge, according to the Sun.

United could do with Pogba back in their side after some slightly less convincing performances of late, with the 24-year-old one of many key players currently missing through injury.

Marouane Fellaini is another player to start the season brightly before also being sidelined, but Mourinho will be delighted if he can introduce Pogba in any way for this weekend’s trip to Chelsea.

Pogba shone at Old Trafford last season, but may have suffered from burnout after playing 57 games in all competitions for the club.

Still, coaches are said to have been impressed by his recovery in recent training sessions, with the growing belief that he could make an early return to action for United. 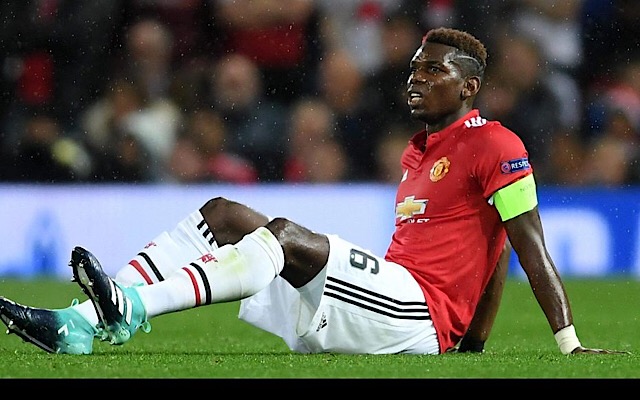 ‘Paul came back last week and has now resumed full training. He is close to a playing comeback,’ a source told the Sun.

‘He had a session with the fitness coaches who said how good and sharp he looked. They were very impressed.’

Pogba has not played for United since going off against FC Basel in a Champions League game back in September.

The former Juventus man was ruled out with a hamstring problem, but is now almost certain to at least be back after the next international break.

The Sun adds that Zlatan Ibrahimovic is also looking nearer to making his comeback after a lengthy injury that has kept him out of the team since April.