Ronaldo has clearly not taken this loss well…

Cristiano Ronaldo has admitted the Real Madrid squad is weaker this season after losing the likes of Alvaro Morata during the summer transfer window.

The Portugal international assessed the state of Real’s squad after their 3-1 Champions League defeat at the hands of Tottenham last night, which made it two defeats in a row for the club in all competitions.

Real are now eight points behind La Liga leaders Barcelona in the Spanish title race, and will have expected to do better than take one point from two games against Spurs in their bid to retain the European Cup.

This follows Los Blancos losing a number of experienced squad players in the summer, with Morata joining Chelsea, Pepe leaving on a free and James Rodriguez moving on loan to Bayern Munich.

Ronaldo now feels these departures are hurting Madrid, though he was also keen to stress that the squad remains strong, even if it is younger than last year’s group of players.

‘The players who have come in have great potential,’ Ronaldo was quoted in the Metro. ‘But Pepe, Morata and James Rodriguez made us stronger – now the team is younger. 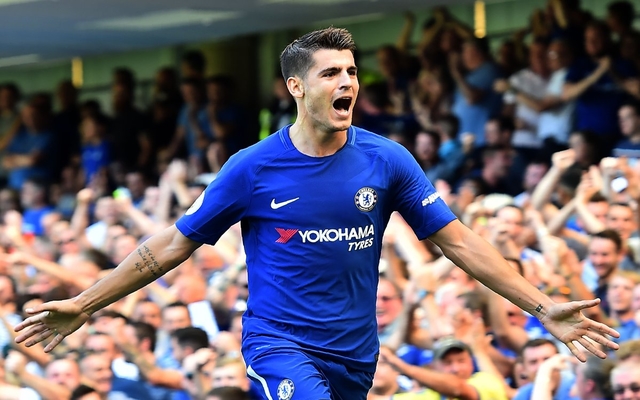 ‘We are also without (Dani) Carvajal and (Gareth) Bale (due to injury). It’s not a worse squad, but it has less experience and that is very important – though it is not an excuse.’

Morata has shone since moving to Stamford Bridge, scoring 7 goals in his first 11 appearances for the Blues to show just how dangerous he can be when given regular opportunities.

The Spain international could not be guaranteed that amount of playing time at the Bernabeu last term, leading to him moving on in July.