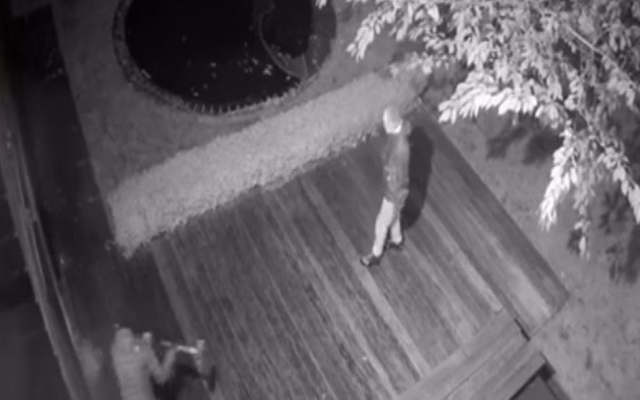 The video below was initially published by Croatian media outlet Sportske Novosti and Jutarnji List, and it shows two men purportedly trying to break into Lovren’s house.

SEE MORE:
Lovren responds to death threat made against his family

One of the individuals can be clearly seen using an instrument to smash the window, but the pair flee as soon as the glass shatters as they appear to have been startled by something and opted to make their getaway before they get caught.

In turn, it’s unclear as to whether they were intending on entering the premises or not, but the report would suggest that they were.

The incident, as noted by the Liverpool Echo, was reported on by English media too as it happened during Liverpool’s win over Maribor in the Champions League on Tuesday night with Sadio Mane’s house also targeted as the Reds duo were at Anfield despite being ruled out through injury.

Further, the date on the CCTV footage matches when the reported break-in occurred, while the Echo add that the events match the log from police who released details earlier this week in an attempt to gain further information that could help lead to catch the men responsible.

As noted above, it comes just days after Lovren hit out on an Instagram user for sending his family a death threat, as things seem to be taking a worrying and sinister turn for the 28-year-old who will undoubtedly prioritise keeping his family safe.

While he’s been heavily criticised for his performances on the pitch, this will be taking his concern and troubles to a completely new level and he’ll be desperate to find the best resolution to ensure the safety of his loved ones moving forward.