Which of these teams edges our combined XI 6-5?

It’s a feast of football this weekend, meaning the combined XI’s are coming thick and fast – first we treated you to our rather one-sided Manchester City and Arsenal combined XI, and now it’s a battle between Chelsea and Manchester United.

While the reigning Premier League champions still boast plenty of quality in their squad, they have not started the defence of their title well, and look an all-round weaker squad than last season.

United may have had a recent blip against Huddersfield Town but remain one of the main challengers to Manchester City at the top of the table, so it’s little surprise to see them narrowly edge this combined XI below…

GK: Two superb goalkeepers to choose from here, but in a battle against pretty much every shot-stopper in the country, the winner is pretty much always going to be David de Gea.

RB: With Victor Moses out injured, Antonio Valencia is the automatic pick here, and in fairness the Ecuadorian is a player reborn under Jose Mourinho, so may well have got in anyway.

LB: On the left-hand side it’s the under-rated Marcos Alonso, who would certainly be a welcome addition to Mourinho’s defence as he rotates between a number of makeshift left-backs this season.

CB: Part of the meanest defence in the country at the moment, Eric Bailly has been rock-solid for United this term and makes up one half of our centre-back pairing here.

CB: While it’s tempting to pick the reliable Phil Jones alongside Bailly, we’ve narrowly gone for Chelsea’s Cesar Azpilicueta, who has taken to his new role as a central defender like a duck to water, pinging out some superb long balls and crosses from that position to pick up four assists already this season.

DM: At the bottom of a rather trendy midfield diamond, we’ve gone for N’Golo Kante, who is increasingly expected to return from injury for this clash and give Chelsea that protection they so badly need and have sorely missed at the back.

CM: Expertly poached from Chelsea during the summer, United’s midfield general Nemanja Matic is an easy pick here after a superb start to life at Old Trafford. How Antonio Conte has missed him. 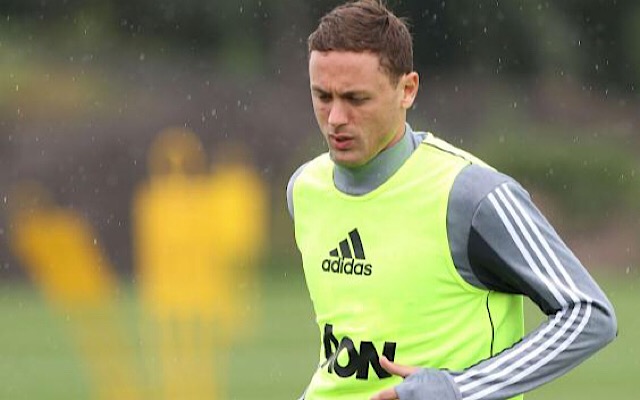 CM: Another injured star who could return for this game is Paul Pogba, who was excellent for the Red Devils up until his injury against FC Basel earlier in the season.

AM: One of the few bright sparks in this disappointing Chelsea campaign, Eden Hazard has recovered from injury to look consistently threatening for the Blues despite often playing a more central role than in previous years.

CF: A successful summer signing, Alvaro Morata may have gone off the boil a little recently, but has adjusted well to life in the Premier League with six goals in his first eight top flight games.

CF: Finally, Romelu Lukaku partners Morata up front, with both summer signings looking great additions for their respective clubs so far. The Belgian, once of Chelsea, has scored 11 goals in his first 16 games for United, and looks a serious contender for the Golden Boot.