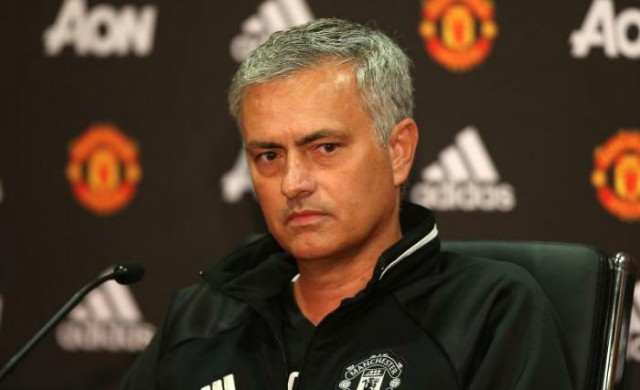 Man Utd boss Jose Mourinho has opted to turn down an opportunity to meet with some supporters to discuss current issues at the club.

The Portuguese tactician has been involved in an ongoing spat with a section of the United faithful, who have voiced their displeasure in recent weeks.

From replacing Marcus Rashford with Anthony Martial against Tottenham, to criticism of Romelu Lukaku, there have been a few jeers at Old Trafford at Mourinho seemingly hasn’t been doing a great deal to improve the situation.

As per the Manchester Evening News, he stirred the pot again in midweek with a veiled dig at some supporters in his programme notes ahead of the Benfica game, and it’s difficult to understand what he intends to get from this current approach.

Further, he has now turned down a chance to meet with some supporters, with the Manchester United Supporters Trust having invited him to discuss his issues in an attempt to perhaps clear the air and get everyone on the same page.

It seems like a really strange approach to have from the United boss, as he’s surely not gaining anything from continuing this ‘feud’ with certain sections of the club’s faithful.

Ahead of facing old club Chelsea this weekend, he also hit out at the media and “specialists” over how they perceive his team, while also sarcastically insisting that he should have made a bigger deal of Paul Pogba’s absence through injury which has been costly to the Red Devils, as noted by Sky Sports.

Given United are second in the Premier League table, five points adrift of Man City, and top their Champions League group with a 100 percent record, it seems strange that there is so much tension at Old Trafford currently. Most of which has arguably been created by Mourinho.