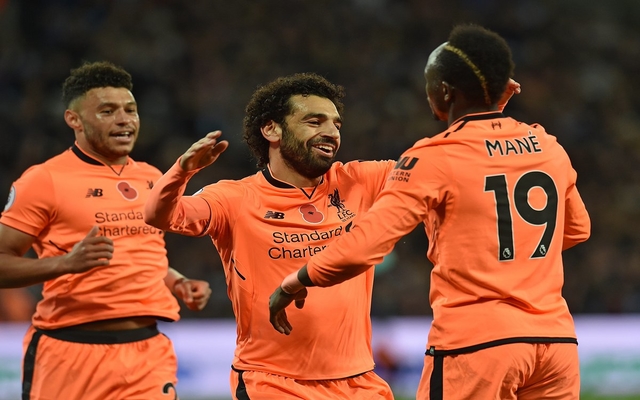 Liverpool strolled to a 4-1 win over West Ham United on Saturday evening, with Mohamed Salah leading their charge against the Hammers.

The pacy winger scored twice while Joel Matip and Alex Oxlade-Chamberlain were also on the scoresheet, with the Reds causing real problems for their opponents with their pace and movement on the counter-attack in particular.

Both of Salah’s goals were impressive, the first a blistering counter-attack involving Sadio Mane, while his second was a brilliantly drilled finish past Joe Hart to wrap the game up.

In turn, Jurgen Klopp will be delighted with how his team played and the three points, as they now look to be putting a run of form together to re-establish themselves in the battle for the top four.

As for West Ham, it only gets worse for Slaven Bilic as they looked dreadful at the back, and the jeers at full-time in an emptied-out London Stadium told the story as far as supporters are concerned as they continue to sit just above the relegation zone after 11 games.

It’s no surprise that Salah takes our Man of the Match award for his impressive display as he now has 12 goals in 17 appearances so far this season, and he leads the way in our Liverpool player ratings.

Elsewhere, Roberto Firmino was a handful up front, while Oxlade-Chamberlain will be delighted to get off the mark for the Reds as he scored a solid 7/10 along with several of his teammates.

Looking for less positive points, question marks could still be raised over Simon Mignolet and Ragnar Klavan in particular, while Joe Gomez scores lowest with us as he was caught out by Manuel Lanzini for the goal and looked shaky at other times.