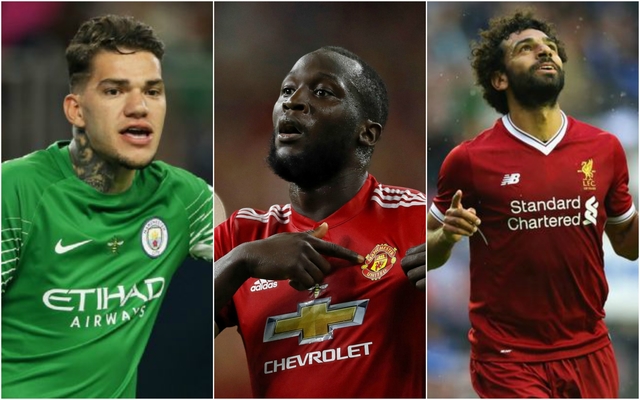 It was a busy summer for Premier League clubs, with the likes of Man Utd, Liverpool, Arsenal, Chelsea, Man City and Tottenham all making moves.

As expected, they’ve experienced differing levels of success with their new recruits, with some working out better than others in the opening months of the campaign.

However, there are also those who have stood out in particular in terms of making a positive impact on their new team, and we’ve compiled our top five Premier League signings of the summer so far this season.

Naturally, with such a long way to go in the year, things could change very quickly. Nevertheless, there’s no denying that this quintet has been influential over the last two months, and they certainly look like very sensible additions for their respective clubs.

The 26-year-old joined the newcomers from Ingolstadt this past summer, and he’s been a really key player for Chris Hughton’s side.

He’s contributed two goals and five assists in 10 Premier League outings, and if Brighton are to avoid the immediate drop back down to the Championship, they’ll hope he can continue to pull the strings in midfield.

He’s struggled to find the back of the net in recent weeks, as he’s gone five games without a goal. However, that shouldn’t be enough to start ignoring how he started his career at Old Trafford.

Despite the pressure that would have come with his price-tag coupled with the requirement to deliver immediately at a club like United, the Belgian’s tally of 11 in 16 along with three assists makes him a success to this point.

Risked facing a lengthy spell on the sidelines after his nasty collision with Sadio Mane earlier in the season, and he does sometimes set hearts racing with his desire to come off his line to sweep up danger.

However, Pep Guardiola’s side have conceded just six goals in 10 league games, while they’ve let in three in four Champions League outings, and Ederson’s goalkeeping in general has been key in keeping things tight at the back.

Like he does on the pitch at times, Kolasinac has bulldozed his way to near the front of the queue due to the fact that he arrived on a free transfer and is making it look like an absolute steal.

The 24-year-old looks solid defensively, has scored three goals and provided three assists from the left flank in 11 games, and he has already established himself as a key part of Arsenal’s starting line-up.

What a signing the Egyptian international has been for Liverpool so far. There were still doubts on his return to England following his difficult spell with Chelsea, but anyone who followed him in Italy would have known that he’s a completely different player.

Excelling in Jurgen Klopp’s system and style of play, Salah has scored 10 goals already this season in all competitions, along with four assists in 16 appearances. Back him to only improve and be more decisive as his movement, pace and eye for goal makes him a crucial part of the Reds attack.