It’s being reported that both Arsene Wenger’s and Pep Guardiola’s sides are interested in one of the brightest young talents at Eredivise side Ajax, with both sides already having talks with the Dutch side regarding the player.

This is according to the Sun, who say that the Premier League duo are both interested in signing youngster Frenkie De Jong, with it also being said that champions Chelsea are monitoring the situation that is surrounding the player. 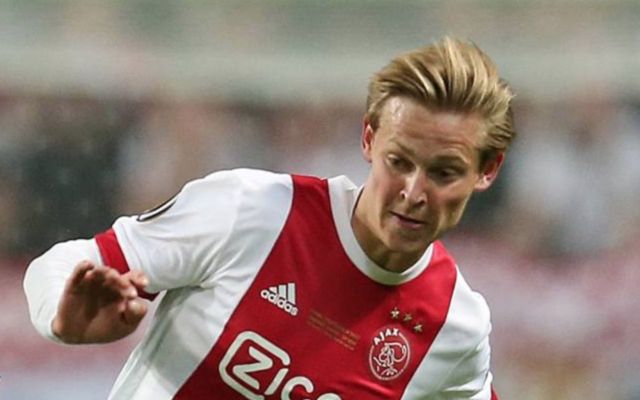 Since he joined the club from fellow Dutch side Willem II in 2015, De Jong has made an average start to his career with the Amsterdam-based side.

In 22 first team appearances for his side, the midfielder has managed to amass a record of two goals and two assists.

For Ajax’s U21’s, De Jong has clocked up an impressive record, with the midfielder scoring eight and assisting 11 in 46 appearances.

This season, De Jong has made a fairly average start, as the former Willem II starlet has only registered one assist in eight games in the league.

During his career, De Jong has been utilised in a variety of positions, with the player playing all across the front line, attacking midfield and defensive midfield.

Should De Jong end up leaving Ajax, it’ll definitely be worthwhile keeping an eye on which side manages to secure the player’s signature.