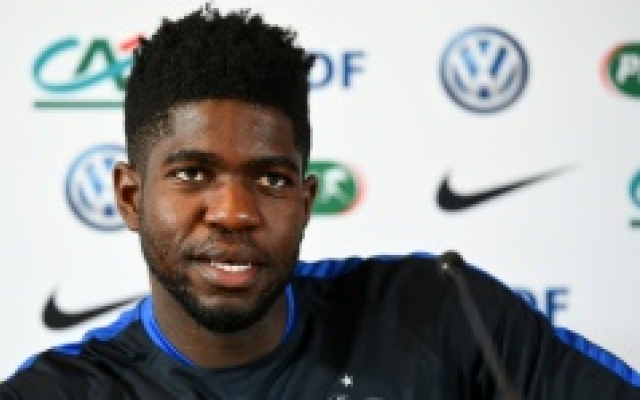 Barcelona defender Samuel Umtiti is planning on doing his part to secure a marquee signing for the club next summer, and it’s bad news for Man Utd.

The target in question is Atletico Madrid forward Antoine Griezmann, with the 26-year-old heavily linked with an exit this past summer.

However, as noted by Goal, despite being paired with a move to Manchester United, he opted to show his commitment to Atleti but has a reported €100m release clause in his contract with the La Liga giants.

Things haven’t gone to plan for the French international so far this season, and his struggles on the pitch could arguably speed up the decision to chase a new challenge elsewhere.

Griezmann has scored just three goals and provided three assists in 12 appearances in all competitions, with Diego Simeone’s side in third place in La Liga, eight points adrift of leaders Barcelona, while they face a real task to emerge from Group C in the Champions League as they sit in third spot behind Roma and Chelsea.

In turn, unless results improve and Griezmann begins to play an influential role in that upturn in form, it will only likely lead to further speculation over his long-term future in the Spanish capital.

Umtiti is seemingly ready to sell him the idea of moving to Barcelona though, using his relationship with his compatriot to his advantage.

“Griezmann, we already watch him at Atleti, he’s a top level player. If there are options, I’ll tell him, don’t hesitate to come to Barça,” he told Ara.

Another factor that could speed up the potential transfer is the poor form of Luis Suarez so far this season. At 30 years of age, he may need replacing sooner rather than later anyway, but with just three goals and three assists in 14 outings in all competitions, Barcelona boss Ernesto Valverde needs more up front.

To counter that argument, the Uruguayan forward is doing an important job to allow Lionel Messi to flourish, but having Griezmann leading the line instead could be a very intriguing option, especially if Umtiti can work his magic and convince his fellow Frenchman to move to the Nou Camp.