Manchester United manager Jose Mourinho has reason to fear for the future of one of his star players, and is reportedly already beginning the process of replacing him.

The Red Devils could lose star player David de Gea in the summer as Paris Saint-Germian step up their interest, with AC Milan goalkeeper Gianluigi Donnarumma contacted over taking his place as no.1, according to Don Balon.

The Spanish source claims Mourinho has already established contact with the Italy international over a possible move to Old Trafford as De Gea seems keen on a new challenge.

Regarded as one of the best ‘keepers in the world, the 26-year-old has been with United since joining in 2011, and has been linked with a move away from the club on more than one occasion since then.

De Gea even saw a move to Real Madrid in 2015 fall through at the last minute, as reported at the time by BBC Sport, with the Spaniard going on to sign a new contract with United instead.

Still, the Premier League giants may still face a battle to hold on to him as PSG are apparently ready to make him the highest paid player in the world in his position. 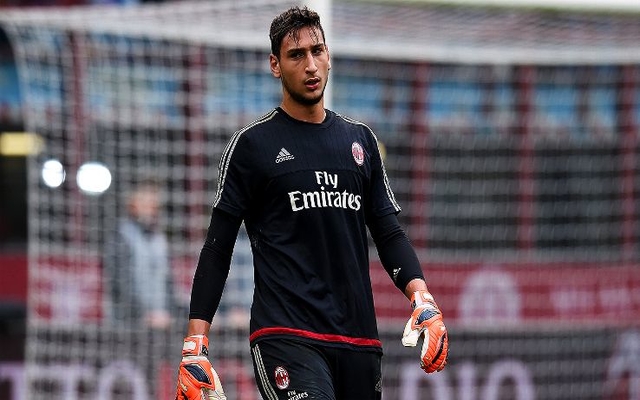 Don Balon claim they’re looking at both De Gea and Jan Oblak as they look to upgrade in goal next season.

While this is worrying news for United, Donnarumma looks an ideal player to come in and fill that void for the long run, with the 18-year-old considered a real prodigy between the sticks.

As well as that, ESPN claim he could be available for a reasonable fee, with the youngster signing a new contract with a £62million release clause back in July.

This seems affordable for United, who have a proud history of successful sides built on the foundation of a top class ‘keeper, with De Gea succeeding the likes of Peter Schmeichel and Edwin van der Sar in that all-important role.