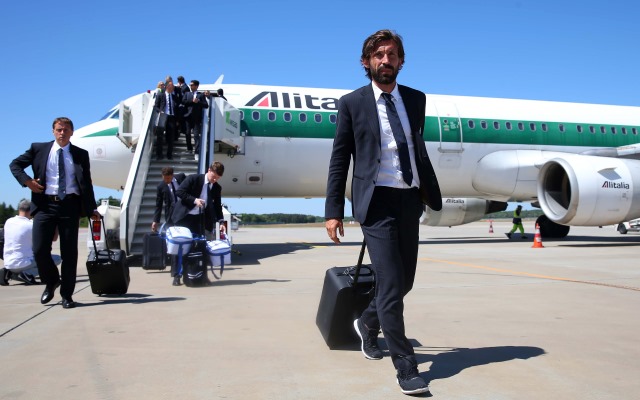 He’ll be remembered as one of the finest midfielders to ever grace the game but for now Andrea Pirlo will have to acclimatise to the retired life.

Further, he earned 118 caps for Italy and won the World Cup in 2006, although he was never quite able to add the European Championship to his collection having come so close in 2012 with the Azzurri losing to Spain in the final.

Nevertheless, that’s a very small blip on a glittering career as he undoubtedly established himself as a hero for supporters, while his peers and pundits alike showered him with praise for his classy style of play in midfield with his vision, passing range and an effortless way of covering ground all making him stand out as an elite performer.

Having confirmed his retirement with the note below on Twitter, the tributes poured in from around the world for Pirlo, but amongst all the support from the fans, it was many of his old clubs, teammates and friends that shared their memories and congratulations with him on what was a memorable career.

Often affectionately referred to as the ‘maestro’, it’ll be tough to find another like him.

The nicknames say it all…

Your talent on the field will be sorely missed, @Pirlo_official ??

A true genius of the Beautiful Game played his final match yesterday.

It’s been an honor to share the journey with you. Grazie, Maestro. pic.twitter.com/lcjIsey9BK

A legend bows out.

Andrea Pirlo has confirmed his retirement from football: https://t.co/g1BE6b3typ pic.twitter.com/yHOjIpLeJw

Cristiano Ronaldo set for Juventus exit this summer after huge decision from Andrea Pirlo May 23, 2021 19:25
Juventus