What a signing this could be for Liverpool!

Liverpool are reportedly keeping an eye on the situation of a star player at Manchester City as Jurgen Klopp considers replacements for contract rebel Emre Can.

In a shock move, the Reds could be ready to pounce for Spanish playmaker David Silva if there is no progress between him and City over a new contract, according to the Sun.

The 31-year-old has been one of the top attacking midfield players in Europe in his eight seasons at City, and would be a major loss if he were to move on, particularly to a Premier League rival.

Still, City may not need to worry too much for the moment as Silva’s contract does not expire until 2019, with the Sun claiming Pep Guardiola is keen to extend that by another year.

Liverpool have worries in midfield, however, with Adam Lallana missing the whole season so far due to injury, while the Daily Mirror report that little progress is being made on efforts to keep Can at the club.

Liverpool did recently swoop for a City contract rebel when they signed James Milner from the Blues on a free back in 2015, though he was never quite as important a player as Silva has been. 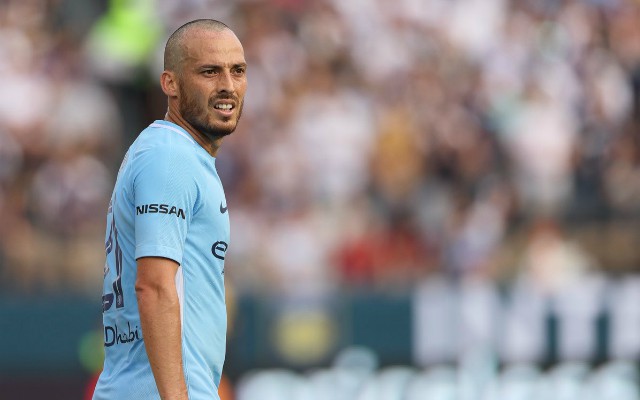 With one goal and nine assists so far this season, Silva remains one of the very best creative players in world football, and has been instrumental for Guardiola’s side and their stylish brand of football this term.

Liverpool could dearly do with a player of that calibre in their ranks, with Klopp’s side already well off the pace in the title race and looking set to merely scrap it out for a top four spot this season.

Juventus have been linked with Can, and the Germany international recently hinted he could be tempted by an offer from Turin after calling their interest ‘an honour’, according to the Liverpool Echo.