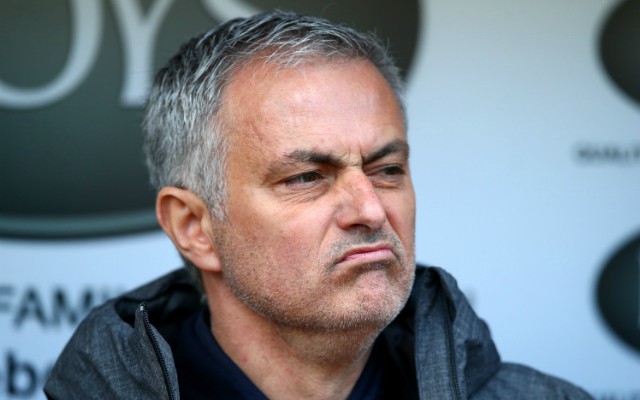 Man Utd suffered a disappointing 1-0 defeat at Chelsea on Sunday, leaving them eight points behind Man City at the top of the Premier League table.

Perhaps most frustrating though is their inability to look a threat away from home against their direct rivals as they’ve struggled against Liverpool and Chelsea in recent weeks, while they weren’t much better when they secured a 1-0 win over Tottenham at Old Trafford last month.

In turn, question marks could be raised about Jose Mourinho’s tactics and approach to these games in particular, as United look to play more expansive football against the so-called ‘lesser’ teams in the English top flight and have swept some of them aside with more attacking football.

The manner of the performances and results isn’t sitting well with Man Utd fan Hasan, who phoned into BBC 606 after the Chelsea defeat, as seen in the tweet below, to vent his fury.

In a more comedic moment of the attack though, he had pundit Ian Wright in stitches as he labelled the Red Devils a ‘rich West Brom’, while slamming their style of play which has been a contentious talking point under Mourinho.

With a glorious history of playing attacking football to establish a culture of entertaining football, particularly under Sir Alex Ferguson, it’s certainly a change in approach under the more pragmatic Portuguese tactician.

With this video as evidence, it seems as though he’s starting to upset a few supporters…

'We're just a rich West Brom. When we're struggling we bring on a ? in Fellaini. It's diabolical.'