This Manchester United star has spoken out, and he’s not happy about his lack of starts…

Reports are emerging that one of Man United’s brightest talents has revealed his frustration over his lack of starts for the Red Devils.

French winger Anthony Martial, who has only started three times for his side so far this season in the league, has stated that he is frustrated with his lack of starts for Jose Mourinho’s side this season, according to the Daily Mirror.

Martial, 21, revealed in an interview with SFR Sport of his frustrations of starting from the sidelines this season, with the player saying that “It’s easier to start the game. When you come off the bench, the other players are warmed up, they’re totally in the game, and you have to get into it straight away. I prefer to start the game, I have more time to get myself into the game.” 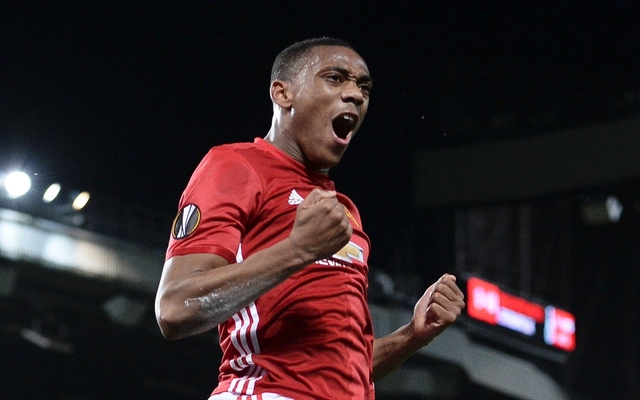 The player then went on to add ” I prefer to start games and show what I’m capable of. I’ve played three, two games in the Champions League, I play one game in two. It’s going well. I’d like to play more – that’s going to come through my performances.”

Since his arrival from French side AS Monaco in 2015, Martial has had a good career for the Red Devils to date.

In 105 appearances for Jose Mourinho’s side, the forward has managed to amass 31 goals and 23 assists for the former Premier League champions, an impressive record for a player of his age.

This season, Martial has scored four and assisted two in the Premier League alone, with all four of these strikes coming as a substitute.

In other competitions, Martial has fantastic record. In the Champions League and EFL Cup, the former Monaco ace has bagged two goals and four assists in six appearances, meaning that the player directly contributes to a goal every game he plays.

For Mourinho’s side, Martial is often deployed on the left side of a front three, however the player has occasionally been used as a centre forward or on the right wing, with the Frenchman being more than capable of playing in any of these positions.

Should Mourinho listen to Martial and end up starting Martial in more games, it shouldn’t be long before we see the winger rediscover the form we saw him achieve during his first season at Old Trafford.