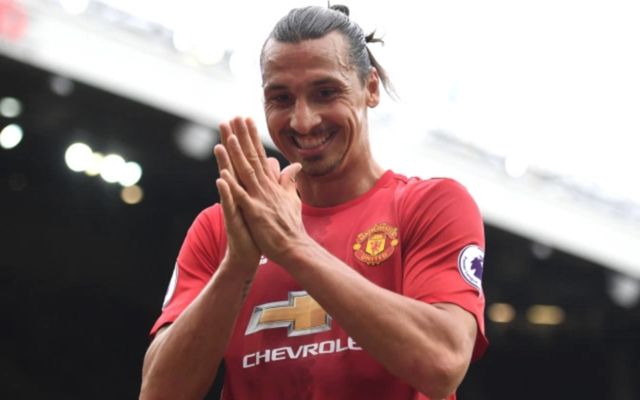 With the festive schedule fast approaching, Man Utd boss Jose Mourinho won’t be the only one desperate to get a full-strength squad back at his disposal.

The fixtures will come thick and fast for all the Premier League clubs heading into December, while the top sides are already navigating their way through league and European commitments to add stress to their respective squads.

It’s particularly relevant to United though who are missing some big names currently due to injury, but according to The Sun, Mourinho is set for some very positive news.

Zlatan Ibrahimovic and Marcos Rojo have yet to feature this season after sustaining serious injury setbacks last year, while Paul Pogba has been out since September after pulling up with a hamstring injury in the Champions League encounter with Basel.

As per the report though, Mourinho has painted an optimistic picture for them along with Marouane Fellaini, as he believes that they could all be approaching full fitness as we head into December and beyond into the New Year.

The Portuguese tactician will certainly need the additional help, as after slipping to a 1-0 defeat to Chelsea at Stamford Bridge on Sunday, they’re now eight points adrift of rivals Manchester City at the top of the Premier League table.

While they continue to go well in the Champions League, he’ll need a deep squad to continue to compete on various fronts, and the experience, quality and depth that the names above provide will be a huge boost.

Ibrahimovic scored 28 goals and provided 10 assists in 46 appearances in all competitions last season, while Rojo was a crucial figure in the backline as he played in 41 games last year having established himself as a trusted option for Mourinho.

The same applies to Fellaini who has four goals in nine outings so far this season, while Pogba would have been left bitterly frustrated over his setback having made such a positive impact at the start of the campaign.

Some may argue that the damage has already been done in their absence with Man Utd falling behind City, but they’ll seemingly be in a much stronger position from next month onwards to launch a serious pursuit.