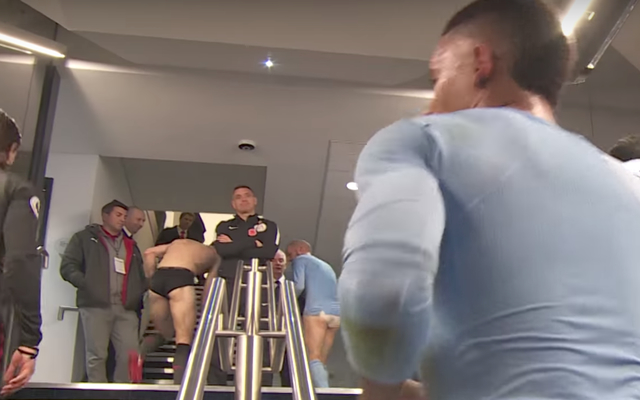 What on earth are these two up to here? After Arsenal’s defeat to Man City on Sunday, it seems Laurent Koscielny and David Silva were eager for a swap deal.

Now it’s one thing swapping shirts after a game, but the pair had clearly already done so and were left short as they made their way down the tunnel.

Unfortunately for them, the tunnel cam decided to pan around and capture the moment the pair decided that swapping shorts was a good idea.

Much to the amusement of some of those around them, they handed over the goods and went their separate ways, hopefully happy with their second souvenir from the game.

It’s nice to see rival players get along, but this is too far fellas…