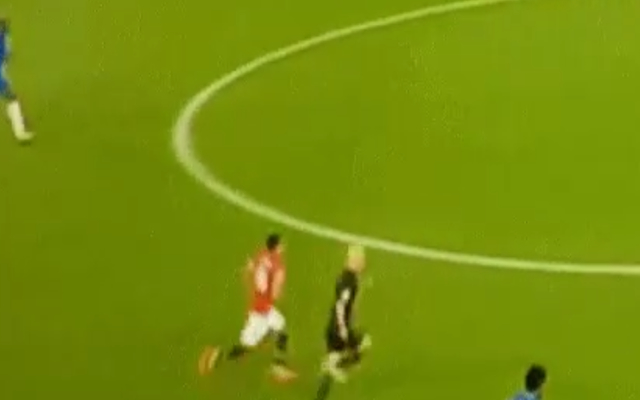 It wasn’t a great weekend for Man Utd, as they slipped to a 1-0 defeat at Chelsea while rivals Man City widened the gap at the top of the table.

While the main talking point was the performance from Jose Mourinho’s side as they failed to impress away from home against a direct rival yet again, Jesse Lingard also earned himself some unwanted attention for this sequence of play.

As Chelsea launched a counter-attack at Stamford Bridge, Lingard and referee Anthony Taylor rushed back to get closer to the action. What we weren’t expecting though was for the 39-year-old official to be quicker than the England international, who is 15 years his junior.

Oddly there's no GIFs of Lingard diving yesterday so here he is being left for dead by 39 year old Anthony Taylor.pic.twitter.com/toCMjxlc0l

For Lingard’s sake, we hope that this was just laziness as opposed to genuinely being outpaced by the referee at full pelt, but that hasn’t prevented him from getting a bashing on social media, as seen in the tweets below.

It remains to be seen how Mourinho gets his team back on track after the international break, as ultimately given City’s form, they can’t afford any more setbacks if they have genuine ambitions of winning the Premier League title this season.

Pep Guardiola’s side look in ominous form having won 10 of their opening 11 games, but that aside, it looks like Lingard could do with some work on the track to work on his sprint speed…

Anthony Taylor outpacing Lingard has me in stitches #MOTD2 ???? pic.twitter.com/U2xrUs44kr

Jesse Lingard being outpaced by the ref was the highlight of the weekend…pic.twitter.com/nC341ctE3B

I have nothing to tweet about so here's a GIF of a 39 year old Anthony Taylor outpacing Lingard.pic.twitter.com/lKoxAOe8Zd