A piece of Chelsea transfer news worth keeping an eye on…

Chelsea have been offered the chance to sign of one of Paris Saint-Germain’s cast-offs as they look to clear out some big names in the upcoming January transfer window.

According to Le 10 Sport, PSG have identified Lucas Moura as one name they could try to cull from their squad this winter in an attempt to keep up with Uefa’s Financial Fair Play laws.

The Brazil international has not been a regular for Unai Emery’s side this season after the summer arrivals of both Neymar and Kylian Mbappe in attack, and Chelsea could be the ones to take advantage.

Le 10 Sport claim PSG have specifically sought out Chelsea over snapping up Moura, though it is not clear if Antonio Conte has a pressing need to add the 25-year-old at this time.

While Conte’s side have not made the best of starts to the season, they retain plenty of quality and depth up front, with Willian and Pedro regularly slugging it out for a place on the right-hand side of their front three. 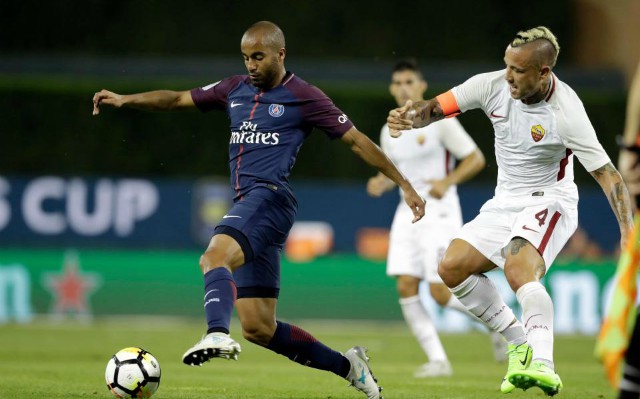 Moura has shone in fits and bursts for PSG but does not necessarily look like he’d get a great deal more playing time were he to swap the Parc des Princes for Stamford Bridge this winter.

Signed by PSG at a young age from Sao Paulo, the Daily Mail claimed at the time that Manchester United were also keen on him, though he ended up in the French capital instead.

After failing to really live up to his potential in Ligue 1, could Moura finally make his way to England in the next transfer window?