He’s been sorely missed by Liverpool.

Liverpool could be handed a huge injury boost ahead of upcoming big games against Sevilla in the Champions League and Chelsea in the Premier League.

According to the Telegraph, Adam Lallana is closing in on a comeback for the Reds and will play in a behind-closed-doors friendly match some time next week.

Lallana was a key player for Liverpool last season but is yet to feature this term after sustaining a thigh problem during pre-season, with his return likely to be a big positive for manager Jurgen Klopp.

Results have picked up of late, but all in all it’s been a disappointing start to the season for Liverpool, who could do with someone like Lallana to provide more energy and craft in their side.

The Telegraph claim Lallana may even be in line to play again when Liverpool take on Southampton on 18 November, just after the international break. 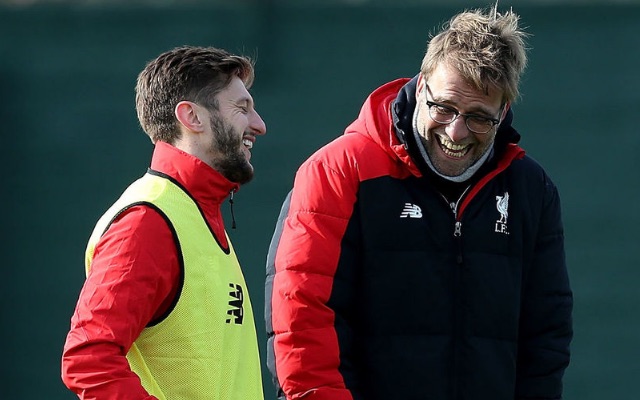 The England international will be itching to get the chance to play again and get in Klopp’s team on a regular basis this season ahead of next summer’s World Cup, where he wouldn’t, for the moment at least, look like an automatic starter for the Three Lions.

Still, on his day Lallana has shown himself to be one of the finest midfielders in the Premier League and one who could offer England something that few other players can.