Could he be on his way out of United this winter?

Surprise reports have claimed Real Madrid could make a move for a big name at Manchester United in the upcoming January transfer window.

Following Juan Mata being left out of the squad for the trip to Chelsea at the weekend, the Daily Express claim he’s on Real’s radar and that United could opt to cash in on him this winter.

The Spain international started his career at the Bernabeu and could be a useful addition on the cheap this season, with Real going through something of a rough patch in recent times.

Zinedine Zidane’s increasingly youthful side seem to be missing the likes of Alvaro Morata, Pepe and James Rodriguez after letting them go in the summer and giving more game time to less experienced names such as Marco Asensio and Dani Ceballos.

Mata could give Real what they need to steady the ship, and no longer looks to be fully trusted by United manager Jose Mourinho this season.

The 29-year-old has previously been axed by Mourinho during his time in charge at Chelsea, and it seems telling that he couldn’t even find a place for him on the bench for the match at Stamford Bridge on Sunday. 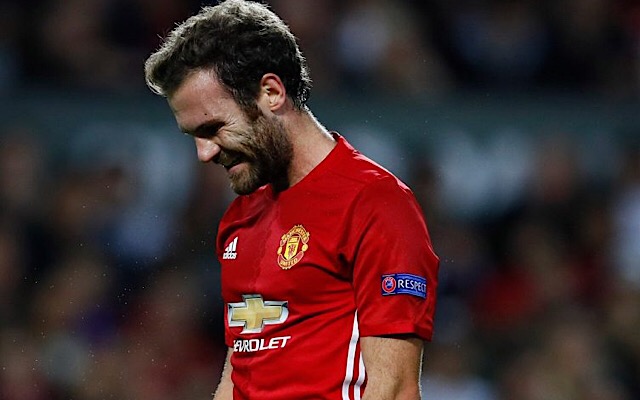 Mata hasn’t played in his native Spain since leaving Valencia for Chelsea back in 2011, and may well feel tempted to take up an offer to play for one of his country’s biggest clubs.

Having also started his career in Real’s youth team, it might be a great opportunity for Mata to prove a point in Madrid and star for their senior side before his career is done.

This story also follows recent claims by Don Balon that Real could also still be interested in signing Red Devils goalkeeper David de Gea as they look to raid the Premier League.