Manchester United are looking to make a sensational swoop for Brazilian wonderkid Arthur Melo with the 21-year-old playmaker having caught the eyes of Europe’s elite clubs.

A report from the Mail Online has stated that Atletico Madrid, Chelsea and Barcelona have all expressed interest in the star but Man United are now closely monitoring tabs on the starlet that has been compared to Andres Iniesta.

Arthur received his first call-up to the national side last summer during Brazil’s qualifiers and has since hit the limelight in Brazil in helping to secure his club side Gremio a place in the Copa Libertadores final. 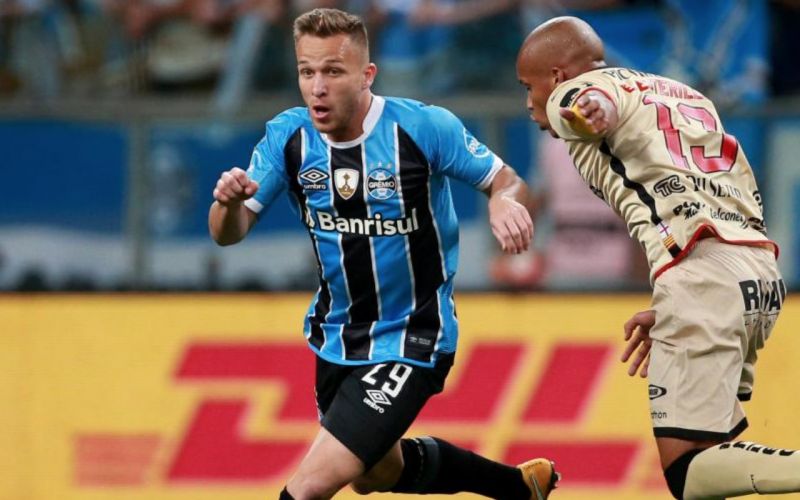 As mentioned previously the youngster did receive call-ups to the national side last month but remained on the bench throughout. It remains to be seen whether he is likely to earn a place on the plane to Russia for the World Cup next summer but he is definitely a name to watch out for.

The report states that no formal approach from United has been made for the youngster but they are closely monitoring the star’s development with an interest to buy looking a firm possibility further down the line.