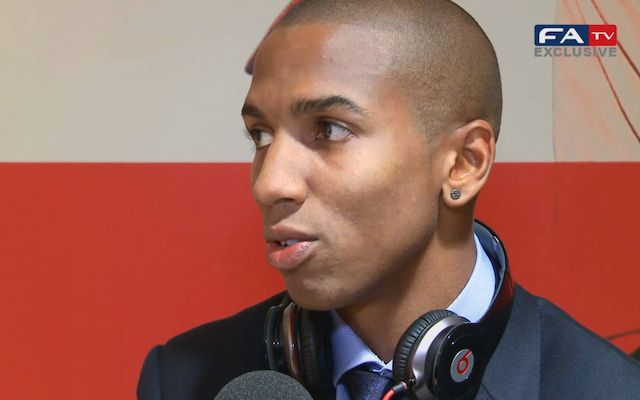 Manchester United’s Ashley Young has finally commented on his clash with Tottenham Hotspur and England midfielder Dele Alli and has indicated whether the two will be able to repair their friendship after clashing during a Premier League fixture two weeks ago.

Talking exclusively to the Guardian, Young has stated that there will be no bad blood between himself and Alli with the United star playing down their heated clash at Old Trafford as just a simple part of the game.

Discussing the incident, Young stated: “Things happen on football pitches. Once the game is finished, you don’t need to talk afterwards. That’s just how it is. He’s a confident player and that gives him that edge.”

The mentioned incident is of-course the moment that the two England star’s had a heated discussion during Manchester United’s Premier League clash with Spurs two weeks ago.

Many fans online have speculated that Young told Alli to “come back when you’ve won the Prem” and while the United star did not comment on the controversial altercation he gave the impression that it would be swiftly swept underneath the carpet.

The Manchester United star has recently found himself back in the first-team at Old Trafford after having a tricky past couple of years fighting injuries. Young has been converted from a winger to a full-back in a similar way to how his fellow teammate Antonio Valencia made the transition from winger to right-back.

Young is now back in the England squad for the first time in four years and will be hoping he can mirror his turn-around of form from club level to international level.