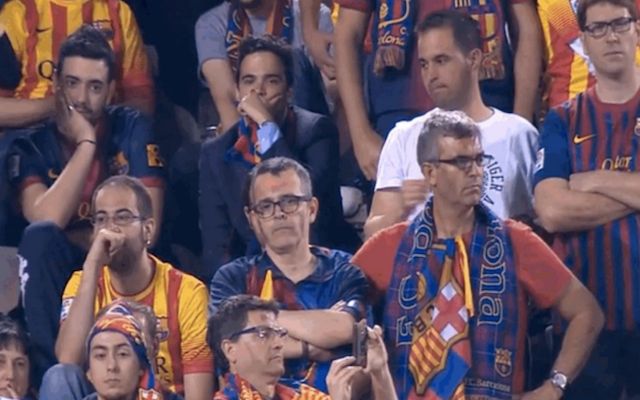 Argentina international Javier Mascherano has expressed his desire to leave Barcelona after seven years at the club and has hinted that he would love a return to South America with his former club River Plate firmly on his radar.

The defensive midfielder has spent seven years at Barca but a report from the Sun suggests that he has become frustrated at a lack of game time at the Nou Camp.

The report cites comments Mascherano made to TNT sports in which he comments on where his next club could be if he did depart Barcelona: “Honestly, I still feel that there’s a chapter in my career to be dedicated to River.”

The Argentine spent time at River Plate in the early stages of his professional career between 2003-2005 and clearly feels he has unfinished business.

The South American is well known amongst the English game having spent time at both West Ham and Liverpool. The star eventually departed Liverpool in the summer of 2010 for £25m for the Spanish giants and has since won everything in club football since joining Barcelona. (Fee per the Guardian.)

The star has clinched the Spanish league title, domestic cups and the Champions League while in Spain. However, Mascherano has always struggled to cement a place in Barca’s midfield having to play at the heart of the defence for the Spanish giants instead of in his favored midfield position. Perhaps it is these compromises added with a lack of time on the pitch that is making Mascherano seriously question his future.

However, one thing that is for sure is that he will be a huge miss in Spain if he was to depart for his home country.