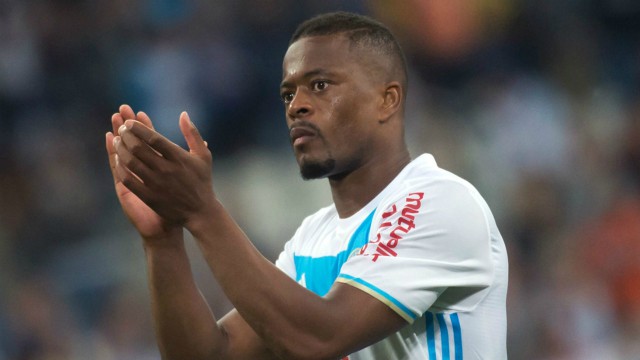 Manchester United fans are showing their support for Patrice Evra and urging their club to bring him back to Old Trafford on a free transfer after his sacking by Marseille.

The 36-year-old is a free agent after his contract was terminated this evening following UEFA’s seven-month ban imposed on him for kicking one of his own fans before a recent Europa League game.

Many have tweeted their surprise at the ban given the tremendous character Evra has shown himself to be for so much of his career.

He’s clearly still much loved at United, with Red Devils fans eager to pounce on his availability and bring him back for a second spell at the club he left back in 2014.

Patrice Evra is on of the nicest guys in football, fluent in four languages and started learning Korean when Park arrived to make him feel welcome, massive miss to UTD dressing room when he left. Your loss Marseille

Let’s get @Evra back at #mufc in some capacity and let’s do it now. A great character around the club and more piss boiling then ever before.

Blimey Paddy Evra now on a free. No brainer, get him back Jose!

Come back to United @Evra

Very unreal of #UEFA to act like that. #Evra has done alot for this game. But that punishment is alittle too harsh. Some fans are too hard to understand what players go through at times. #Marseille believe they too don’t need the player, terminate his contract.