Barcelona are unsurprisingly keen to secure Lionel Messi’s long-term future, but reports claim a specific clause he has requested has raised alarm bells.

The Argentine icon has now been with the Catalan giants for 16 years, scoring a staggering 523 goals in 600 appearances in all competitions.

That’s led to a copious amount of trophies and individual accolades, and the general assumption is that he could see out his playing career at the Nou Camp. 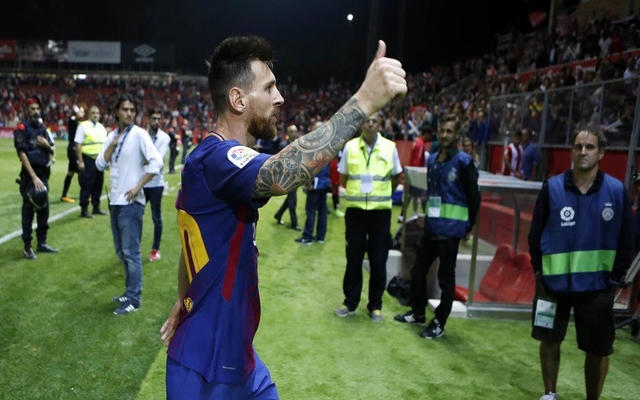 There’s certainly been no drop off from the 30-year-old this season as he has 16 goals and five assists in 17 appearances in all competitions, but the fact remains that his contract will expire next summer.

According to Diario Gol, he has asked to be given the freedom to be allowed to leave the Blaugrana when he wants. That alone will likely strike fear into every Barcelona supporter, but it’s added that it’s with the intention of leaving for former club Newell’s Old Boys as he seemingly wants to go full circle and end his career where it all started.

It’s suggested that Barcelona will accept the idea as ultimately they just want Messi to sign a renewal, but they’ll surely have to safeguard this from being an opportunity to leave them for any club as they could risk losing him to a rival in Europe.

There doesn’t seem to be any indication that could be the case with a return to his homeland touted as the only real possibility of why Messi would choose to leave, as per the report, and so ultimately, it shouldn’t stand in the way of the two parties reaching an agreement.

Barcelona will of course hope that their talismanic forward doesn’t have any plans of moving home for the foreseeable future, but they will have to prepare for that to happen further down the line. As a result, they’d be wise to start planning that sooner rather than later as although Messi is irreplaceable, they need to be in a position to lessen the blow of losing him as much as possible.