It seems as though Schalke midfielder Leon Goretzka has made quite the impression on Europe as a long list of clubs eye a transfer for him.

The 22-year-old already has 128 professional outings to his name, while he’s represented Germany through all youth levels and has six goals in 12 caps for the senior side.

Add to that he’ll be available on a free transfer next summer when his current contract with the Bundesliga outfit expires, and it becomes clearer as to why there is such a clammer over his signature. 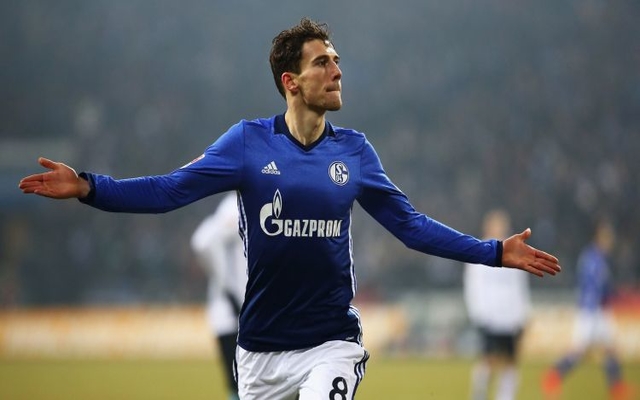 Goretzka has scored four goals and provided an assist in 10 games for Schalke so far this season to provide further reminders of his qualities, and it seems as though he’s now gaining some interest from Italy too.

According to the paper edition of Corriere dello Sport, as reported by Calciomercato, Arsenal, Barcelona, Chelsea, Juventus and Bayern Munich are all battling it out for the midfield ace’s signature.

However, it now appears as though there’s another club to add to the list as Milan are specifically mentioned as also being keen and further, they will reportedly make a bid of between €10m-15m in January to snap him up ahead of the fight that they’ll face when he becomes a free agent next summer.

It remains to be seen whether or not a switch to Serie A appeals to the youngster, as the draw of playing for the likes of Barcelona or in the Premier League could be difficult to compete with.

Nevertheless, Goretzka has certainly made a big impression thus far, and at such a young age, he’ll still be expected to improve and develop his all-round game significantly which could make this swoop a potential bargain if he goes on to take his ability to higher levels and he’ll need regular playing time to do that which should arguably be his priority.