Arsenal are reportedly keeping an eye on Manchester City and England U17’s star Bobby Duncan, who is the cousin to Liverpool legend Steven Gerrard.

This is according to the Mirror, who say that the north London side’s scouts spied on the forward as he played in England U17’s match against Portugal.

However, as also reported by the Mirror, Arsene Wenger’s side aren’t the only ones after Duncan, as it’s being said that a number of other sides are keeping tabs on the 16-year-old. 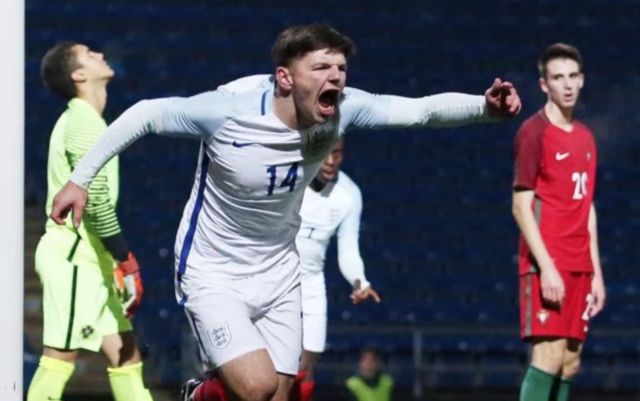 During his time with Pep Guardiola’s side so far, Duncan has made a decent impact on the club’s youth sides.

For City’s U18’s, the player appeared five time in total last season, something that should be deemed impressive considering the player’s young age.

The player’s performances also helped Man City U18’s reach the final stage of the U18’s Premier League, which they then went on to win.

For England U17’s, Duncan has managed has scored just the once in three appearances, however seeing as he’s playing in the age group above what he is, we’ll let him off.

Should Arsenal up their pursuit of Duncan, it’ll be interesting to see if the Gunners can pry the player away from the Etihad.