According to reports, Barcelona could be set to be raided by French giants PSG for another one of their star players.

Javier Mascherano, who joined the club from Liverpool in 2010, it reportedly out of contract next summer according to the Sun, with negotiations over a new deal with the Catalan side yet to be finalised.

Spanish news outlet Diario Gol are also reporting that the player has offers from a number of clubs, with one of these being PSG, who signed Neymar from the Spanish giants over the summer for a world-record fee. 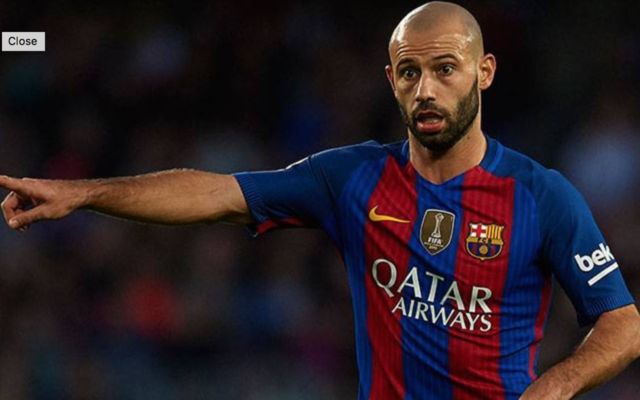 Since his move from England seven years ago, Mascherano’s time with the Blaugrana couldn’t have gone much better.

The former River Plate midfielder has managed to clock up an impressive 331 appearances in all competitions for Ernesto Valverde’s side, with the player having only scored once in that time.

The Nou Camp faithful have largely warmed to Mascherano during his time in Spain, as his ability on the ball and impressive versatility has seen the player become a fan favourite with Barca supporters.

Should Mascherano end up with PSG next season, it’ll be interesting to see if Barcelona fans still keep their same opinion on the player.