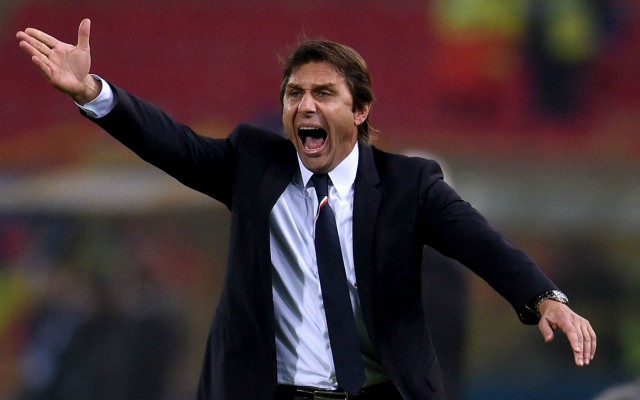 On the face of it, this reported transfer plan for Chelsea would make a lot of sense as it involves signing a top-class left-back and adding a key Atletico Madrid star to the squad.

That’s the sequence of events put forward by El Gol Digital, as re-reported by The Express, which links Chelsea with a swap deal with Atleti which would see Marcos Alonso and Yannick Carrasco exchange places.

Meanwhile, it’s added that Tottenham’s Danny Rose would be brought in as a replacement for Alonso, thus ensuring that Antonio Conte isn’t left light on the left flank.

There are several problems with such a drastic change though.

Alonso has established himself as an absolute integral piece in Chelsea’s success. While he may have benefited from a lack of competition, he has made the left wing-back role his own under Conte, scoring six goals and providing three assists in 31 Premier League appearances last season.

Further, he’s been an ever-present for Chelsea this year with two goals and an assist in 16 outings in all competitions, and so it would be very strange for Conte to just part company with him, especially given that there is no guarantee that Rose will move to Stamford Bridge.

The England international spoke last week of the great relationship that he enjoys with Mauricio Pochettino, as per Sky Sports, despite a damaging public interview prior to the start of the season which threw his Tottenham future into real doubt.

In turn, Chelsea might want to be 100 percent sure of a deal before they even consider letting Alonso leave, their only real option on the left, in January as part of the deal to see Carrasco move in the opposite direction.

The Belgian international is undoubtedly talented and would add a different dynamic to the Chelsea squad, while he’s still only 24 and has a big career ahead of him.

He’s shown his class with 42 goals and 37 assists in 210 appearances in his professional career to date, but there are a lot of question marks surrounding this reported transfer merry-go-round and it would arguably be a big risk from Chelsea’s perspective to engage in it.