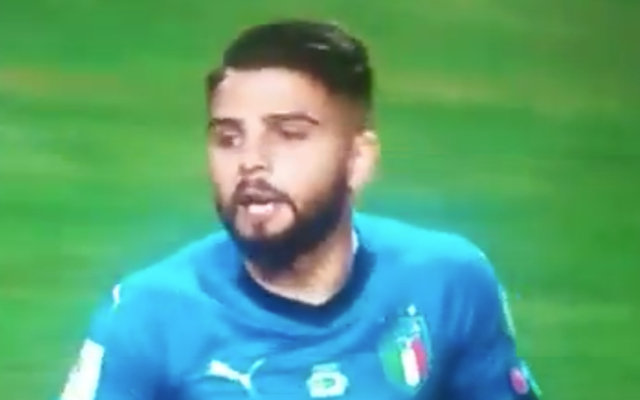 After failing to secure direct qualification to the World Cup 2018, Italy have had to go through the playoffs to grab a place in Russia next summer.

The first leg away in Sweden didn’t go well as they will have to overturn a 1-0 deficit when the two sides meet at the San Siro next week, but on the basis of what we’ve seen in qualification overall, you wouldn’t put your money on the Azzurri to do it.

With four triumphs to their name, Italy are at risk of missing out on their first World Cup since 1958, and one man is bearing the brunt of the criticism, coach Gian Piero Ventura.

As seen below, not only is he infuriating Italians around the world with his questionable tactics and decision-making in terms of personnel, but he’s also seemingly leaving his own players confused and questioning him as evidenced in the video below.

Lorenzo Insigne was brought on in place of Marco Verratti after 76 minutes, and to his disbelief and that of his teammates, he had to explain that he was expected to play in the middle as a direct swap for his compatriot.

Given he’s a winger by trade for Napoli, it’s just another example of Ventura’s incompetence, and it could cost Italy this week…

Even his players take Ventura as a joke https://t.co/BETCwkEWqf

Ventura’s utter incompetence and complete lack of trust in the country’s best players have been plain to see for the past year and a half. This is not new. FIGC is just as culpable for keeping him in charge.

Embarrassing. Italy must SACK Ventura now before 2nd leg and don’t let that bopping piece of crap Immobile anywhere near the squad ever again

I just found out that Ventura has been coaching since 1976…. and the only thing he has won is a Serie C title and 2 Serie D titles. Are you fucking kidding? How did he get to coach a 4 time world champion national team? Shit I must qualify too.

Bonucci: we need to stop talking & actually do

Insigne: we need to give 300% in San Siro no matter who is starting. No excuses.

The difference between Ventura & his players is insane.