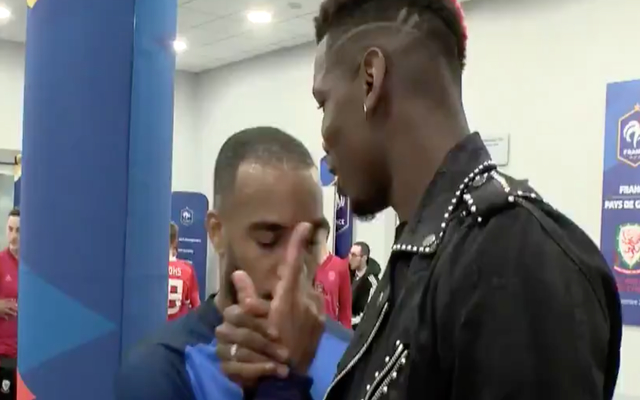 Paul Pogba is still sidelined through injury, but he was in attendance to offer France some support during the international break.

Now we’re not sure whether to laugh or cry over the video below, but it seems as though the Manchester United star has a different handshake for most of his international teammates.

10/10 for creativity and memory to get it right with each individual, but ultimately is this taking the handshake game too far? Whatever happened to the simple gentleman handshake…

Anyway, here Pogba is greeting his compatriots after their 2-0 win over Wales at the Stade de France in Paris on Friday night, with goals from Antoine Griezmann and Olivier Giroud sealing the victory.

He may not have been able to support them on the pitch, but clearly they loved seeing Pogba after the game with Griezmann getting a special hug as a handshake clearly wouldn’t do…