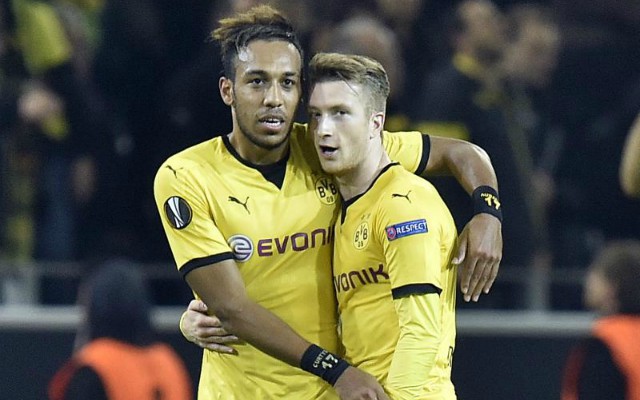 Barcelona reportedly turned down the chance to seal the transfer of Borussia Dortmund star Pierre-Emerick Aubameyang this summer when he was also being targeted by Chelsea.

Mundo Deportivo claim the Gabon international was offered to Barca by Dortmund as a replacement for Neymar, who left the Nou Camp for Paris Saint-Germain.

Aubameyang has long been regarded as one of the fastest and most clinical attackers in Europe, having scored at a highly prolific rate in his time in the Bundesliga.

The 28-year-old has 135 goals in 206 games for Dortmund, and the Daily Mirror reported that Chelsea were also working on a deal to sign him in the summer.

In the end, Aubameyang ended up staying where he was, with Barcelona instead signing his former team-mate Ousmane Dembele as Neymar’s replacement.

Mundo Deportivo state that they believe Aubameyang would have been more of a rival for Luis Suarez’s place at centre-forward, while Chelsea ended up bringing in Alvaro Morata from Real Madrid instead.

Given Aubameyang’s immense form down the years, it is a minor miracle that a player of his quality remains at Dortmund rather than at a genuine European super club.