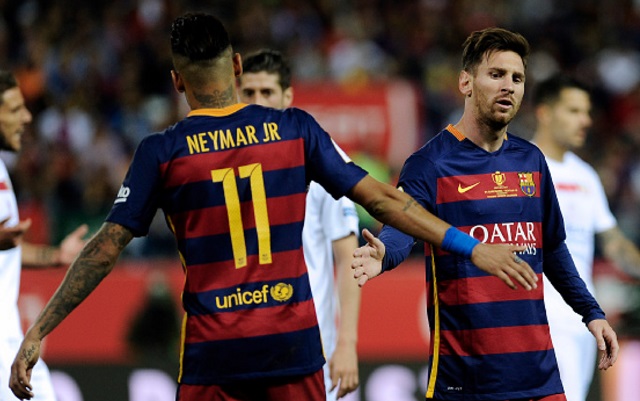 The Brazilian international only moved to the French capital this past summer, and has gone on to score 11 goals and provide nine assists in just 12 appearances in all competitions.

In turn, that would suggest that things are running smoothly on the pitch at least under Unai Emery, but recent transfer talk has reportedly pushed Barcelona ace Lionel Messi into action.

According to Don Balon, as re-reported by The Express, the 30-year-old has phoned his former teammate Neymar and warned him about the potential backlash he would face if reports of a future move to Real Madrid are true.

As per Marca, Los Blancos are said to be in the process of hatching a €200m transfer plan to prise the former Barca forward back to Spain in the coming years, and while it isn’t as bad as a direct move from one La Liga giant to the other, it’s fair to say that it wouldn’t go down too well with the Blaugrana faithful.

It’s claimed by Don Balon that Messi and Neymar still enjoy a close friendship, but joining Barcelona’s bitter rivals would go some way to making that difficult as they’d be in direct competition.

Neymar enjoyed a great spell at Barca, scoring 105 goals in 186 appearances for the Catalan giants, winning two La Liga titles and the Champions League. Joining Madrid would certainly damage his popularity with Barcelona supporters after his split this past summer.