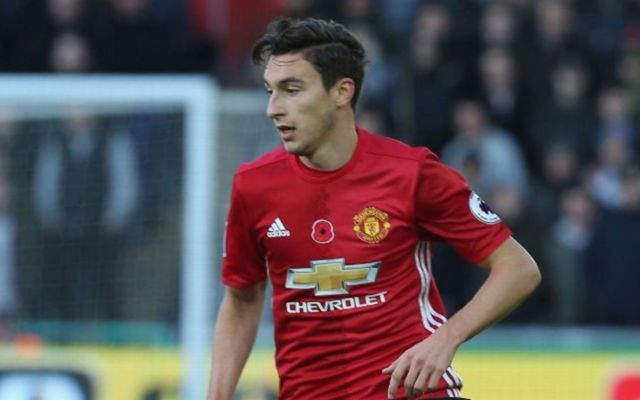 Having failed to establish himself as a key figure in Jose Mourinho’s plans, Man Utd defender Matteo Darmian has been linked with an exit.

The 27-year-old was seen as a potentially crucial addition to the Man Utd squad when he arrived at Old Trafford in 2015, having impressed with his form for both Torino and Italy.

While his versatility, defensive qualities and ability to bomb forward and attack as a full-back or wing-back all made him stand out as a top player, Darmian has unfortunately struggled to replicate his best form in Manchester and has struggled to hold down a regular spot in the starting line-up.

That led to just 29 appearances in all competitions last season after Mourinho was appointed, with others getting the nod ahead of him, even Ashley Young who has been used in an unnatural role at left-back at times which surely would have been a blow to Darmian’s confidence.

In turn, according to TMW, as re-reported by The Sun, the Italian international could be given the opportunity to return to Serie A, with Juventus, Napoli and Roma all reportedly chasing his signature.

The level of interest shows that they still believe the former Milan youth product still has plenty to offer, although there are varying arguments as to which side needs him most as they all aim for Serie A and Champions League glory this season.

Having signed Mattia De Sciglio in the summer while keeping Alex Sandro at the club, it’s questionable as to why Juve would need another full-back.

In contrast, after losing Faouzi Ghoulam for the rest of the season due to injury, Scudetto-chasing Napoli could certainly do with reinforcements and so a swoop for Darmian to fill that role would be a sensible move if he can be signed for a decent price.

As for Roma, Eusebio Di Francesco has been without the services of Emerson Palmieri so far this season, but with his return and Bruno Peres remaining an option on the opposite flank along with a good amount of depth, it would seem to point to Napoli as being the most sensible destination.