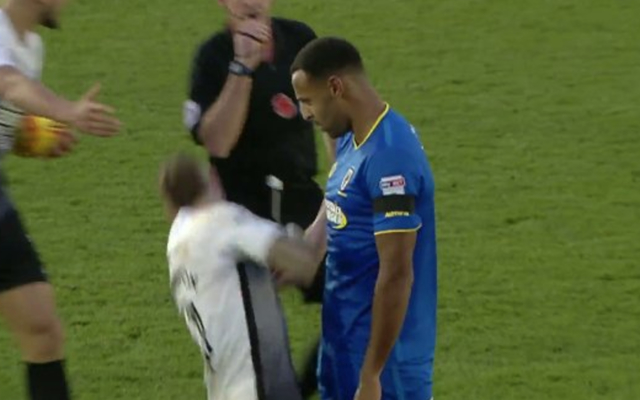 With the international break, some of the focus has been on the lower leagues and so unfortunately Marcus Maddison has made a name for himself and not for the right reasons.

The Peterborough United star was in fact one of the top players on the pitch in their 2-2 draw with AFC Wimbledon on Sunday, while he even got on the scoresheet from the penalty spot to help earn the point.

However, all that has been overshadowed by this moment of stupidity or brilliance depending on how you’re looking at it, as on one hand it’s an embarrassing bit of playacting while others might find the funny side of it given it is just that bad.

It’s fair to say those on Twitter who saw the incident were not impressed, as seen with their comments below. Not good Marcus…

Marcus Maddison should be banned for that. Utterly pathetic. #WIMvPET

Embarrassing from Marcus Maddison then?

Marcus Maddison what an absolute embarrassment to himself and his club live on national tv. @DMAC102 do you condone that kind of behaviour by players of your club? #WIMvPET #pufc

That is disgraceful from Marcus Maddison. dived, fouled, dived in the space of a minute. I'd send him off for the theatrics alone