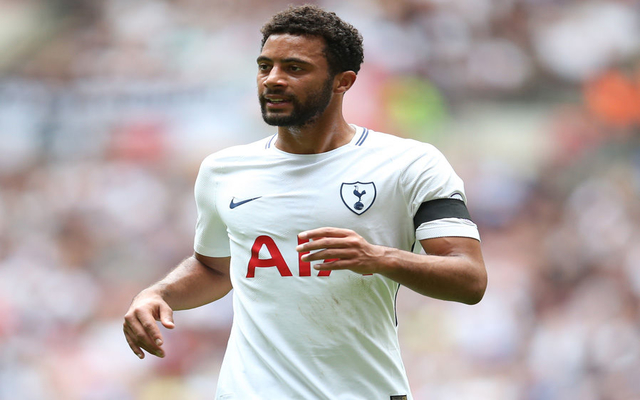 Mousa Dembele is a popular man amongst Tottenham supporters, but his son may well have just trumped him in the popularity stakes.

In a video posted by the Belgian international’s partner after Tottenham’s win over Crystal Palace last week, his son can be seen and heard joining in a popular chant that the fans have for the midfield ace.

The 30-year-old hasn’t featured as heavily as he would like to so far this season, making just 10 appearances in all competitions as injuries have held him back.

However, as per freelance injury analyst Ben Dinnery in the tweet below, Dembele may be in line to make his first start since August this week, and it couldn’t have come at a better time with Spurs preparing for the north London derby against Arsenal on Saturday.

Whether he plays or not remains to be seen, but it appears as though he’s got one fan who will offer unwavering support either way. Ohhhh Mousa Dembele….

Dembele targeting Arsenal for his first PL start since August: ”My injury is much better,” he told SSN. ”I played 45 minutes in the last game so it is good. Of course, I want to be playing for the team and adding my value but right now I am very optimistic and feel good.” #COYS