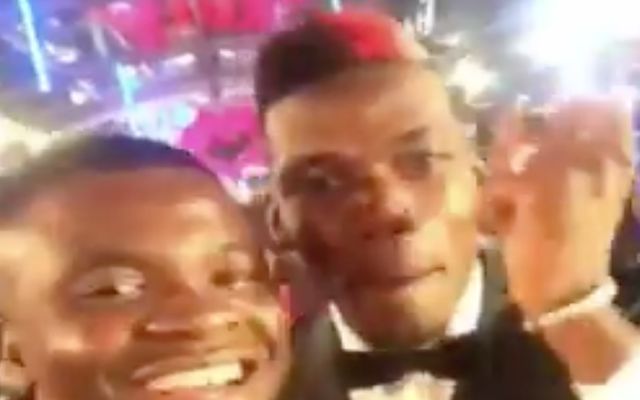 Manchester United star Paul Pogba linked up with Michael Dapaah last night on the red carpet of the MTV EMA’s awards ceremony and sent us all into a frenzy with his hilarious rendition of ‘Man’s not hot’.

Dapaah formerly know as Big Shaq – a character that rose to fame while appearing on Radio 1xtra’s ‘Fire in the booth’ – filmed Pogba while the two joked around on the red carpet.

The hilarious single ‘Mans not hot’ has caught pop-culture alight in recent weeks and it appears that the France and Man United superstar couldn’t resist his opportunity to get involved in the craze.

Pogba has been sidelined since the middle of September after limping off during Man United’s Champions League tie with Basel at Old Trafford on September the 12th and has yet to have featured since for the Red Devils.

The Daily Star had reported that the towering midfielder was on course to return against Chelsea last weekend but it would appear that the French midfielder is still not fit enough to feature for Jose Mourinho’s side.

While we may be missing watching Pogba feature for United, we can still savor his behavior when off the field like the brilliant video with Big Shaq below.