England welcome Brazil to Wembley for tonight’s friendly, and while this once would have been a rare chance to welcome some of the world’s best onto these shores, a fair few of the names on the opposition team sheet will feel more familiar these days.

A number of Brazilians have now shone in England, and a similar amount have flopped too, it must be said.

Still, we’re here to celebrate the best of Brazil in the Premier League, and have put together a pretty decent XI of the best Samba stars to turn out for the likes of Chelsea, Liverpool, Arsenal and Manchester United.

It’s arguably lacking a top striker, and the likes of Andre Santos and Roque Junior were dangerously close to claiming places in the side, but you’d have to say this is an impressive line up…

New to the Premier League, but the goalkeeper has made a real impression with a fine start at Manchester City this term. Plus there really wasn’t much in the way of competition with Julio Cesar and Heurelho Gomes hardly at their peak during their time in England.

A solid centre-back with an eye for goal, David Luiz has been great entertainment for Chelsea, picking up the Premier League title and Champions League among other honours in two spells with the Blues. 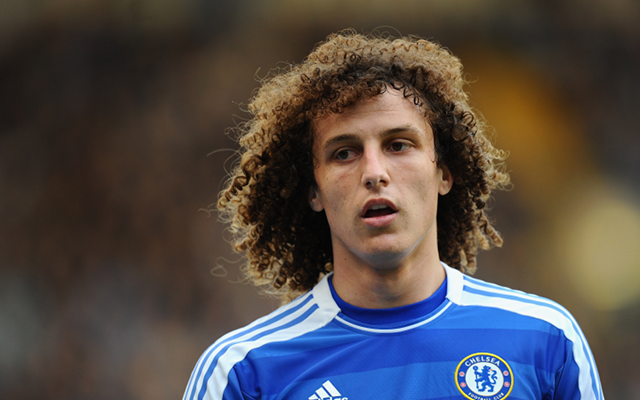 David Luiz has shone in two spells with Chelsea

Another fine Brazilian defender to play for Chelsea, Alex wasn’t always first choice during his time with the club, but rarely let them down and contributed the odd thunderous free-kick from distance.

A three-time title winner with Manchester United, Rafael da Silva was rather harshly sold to Lyon in 2015 after becoming something of a fan-favourite at Old Trafford with his marauding displays from right-back.

Hampered by injuries, but Fabio Aurelio was a class act when fit and more than contributed to Liverpool’s strong title challenge in 2008/09, most notably with a superb free-kick in a 4-1 win over Manchester United at Old Trafford.

A key player for Manchester City, Fernandinho has had his ups and downs for the club but looks back to his best under Pep Guardiola, showing he can produce the goods at both ends of the field.

A joy to watch on his day, Willian has not always been a regular in the Chelsea starting XI, but is a reliable hard worker with great skill and an eye for the odd spectacular goal.

Philippe Coutinho is one of Liverpool’s most important players

One of the best attacking midfielders in the world on his day, Liverpool’s Philippe Coutinho will be one for England to watch tonight and has largely lit up the Premier League with his displays down the years, even if speculation suggests he could soon be on his way out to Barcelona (as per Don Balon).

A real flair player from back in the day when the Premier League couldn’t always bring in the very best, but Juninho became a cult hero at Middlesbrough with a series of stunning performances and wondergoals.

Robinho may not be remembered as a Premier League great, but he made a fine start when he first moved to Manchester City, and largely shone everywhere else he played. It may not have worked out for him here, but he had his moments and clearly deserves a spot over more high-profile flops like Julio Baptista and Alexandre Pato.