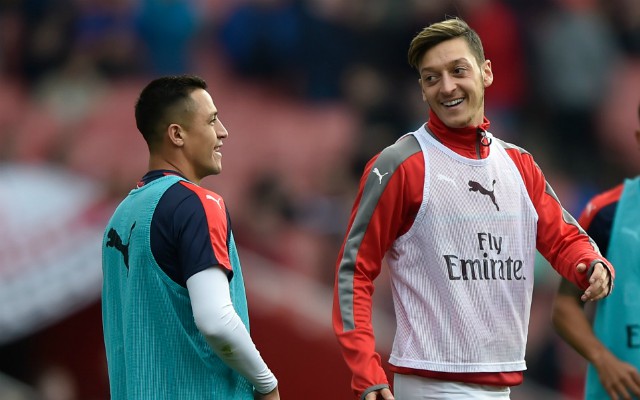 Much has been said about Arsenal pair Alexis Sanchez and Mesut Ozil so far this season, with the pair set to see their contracts expire next summer.

With no suggestion that they’re on the cusp of signing new deals, Arsenal are effectively running the risk of losing them for nothing unless they opt to cash in during the January transfer window and sell them.

The pair have come under fire over the international break, with former Arsenal defender Lee Dixon insisting that they wouldn’t have lasted in the dressing room at the club when he was still playing, as noted by talkSPORT.

However, Petr Cech has defended his teammates from criticism, particularly when it comes to their attitude and application in training which isn’t seen by supporters or the old guard.

Ultimately, we’ll have to take his word for it as he’ll know better than us how committed Sanchez and Ozil remain despite the major question marks hanging over their futures, but Cech is in no doubt over their willingness to be successful with the Gunners this season.

“They are an important part of the team,” he told Sky Sports.

“I have to say they come every day, they work and as a team we feel that – although there is a lot of speculation, their contracts are different to everyone else’s – you can see they are committed to the team.

“They train well and we hope their form will help us reach the target.”

That’s also part of the problem as their form hasn’t been great so far this season, with Ozil tallying just one goal and two assists in nine appearances in the Premier League, while Sanchez has two goals and three assists in 10 outings in all competitions.

As a result, Arsenal sit in sixth place with a three-point deficit to wipe out between them and fourth-placed Chelsea, while they’re a concerning 12 points adrift of leaders Manchester City which suggests that they might not end their wait for a Premier League title this season.