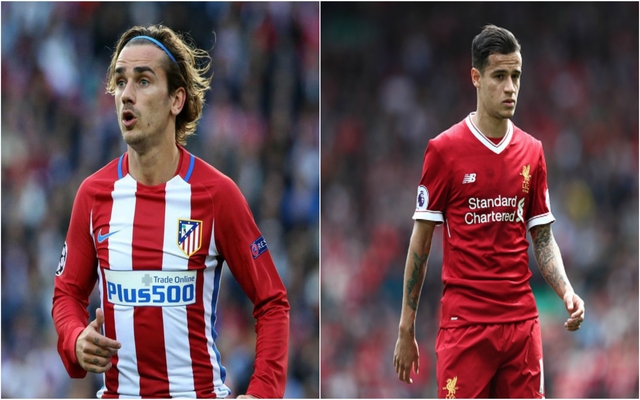 According to ongoing speculation, Barcelona have some very ambitious transfer plans for next year and it’s claimed that they intend on making real progress in the coming months.

Whether such big-money signings are necessary is up for debate given the level that Ernesto Valverde has his side playing at right now, as they lead the way in La Liga with a four-point gap to their nearest rivals and they sit top of their Champions League group.

In turn, with things going well and a balance found in the side, Valverde will be pleased with the options at his disposal as they seem to be working out for him thus far.

However, as with any coach, he’ll welcome marquee signings with open arms to further strengthen his squad as it’s far from perfect, especially given the two players being linked with big moves to Barcelona next year.

Barcelona to make trip to England for Coutinho

As per Mundo Deportivo, the Catalan giants plan to make a trip to England later this month in order to push forward with their plans to sign Liverpool playmaker Philippe Coutinho.

The Brazilian international was heavily linked with a move to the Nou Camp this past summer, but a transfer never materialised as evidently no agreement was found between the two parties.

However, it’s added by MD that a new offer of €110m, made up of €80m up front with €30m in add-ons, will be proposed to Liverpool, while there is some room to increase it if necessary.

It remains to be seen whether that will be enough to convince the Reds to sell, but ultimately it will be an important signing as Coutinho can make an immediate impact and eventually fill the role that club legend Andres Iniesta will vacate sooner rather than later as he turns 34 next year.

It’s not suggested that the ‘summit’ in England will lead to an immediate agreement, but it’s a sure-fire sign that Barcelona are taking it seriously and want to take positive steps forward to end this particular transfer saga.

Meanwhile, Le10Sport report that Barcelona have an ‘agreement in principle’ with Antoine Griezmann over a contract, although that doesn’t suggest that they’ve made any progress in negotiations with Atletico Madrid.

The French international is struggling to hit top form this season, but that shouldn’t take away from the quality that he possesses and that he has shown in recent years for club and country.

It remains to be seen where he would fit into Valverde’s plans given he already has three top attacking options in Ousmane Dembele, Luis Suarez and Lionel Messi, but Barca will undoubtedly have a strategy in place before going all-out for the Atleti forward.

It’s added by Mundo Deportivo that after July 1 next year, Griezmann’s release clause is set to drop back down to €100m, and so combined with the €110m figure quoted above on Coutinho, Barcelona could be looking at a €210m splurge in 2018 to sign two game-changing players to build around in the long-term future.