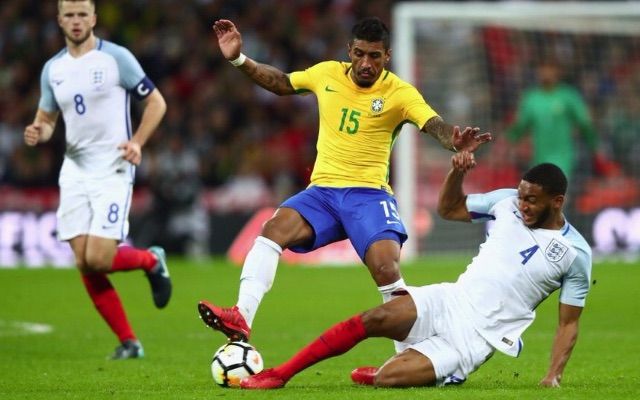 England set up deep in a 3-4-3 formation, although they spent much of the night in a back five as wing-backs Kyle Walker and Ryan Bertrand were drawn into defensive positions.

Much of the talk prematch was about Ruben Loftus-Cheek, but the Chelsea loanee was unable to back up his fine display against Germany as he limped off injured on 35 minutes.

Eric Dier captained England again and was a commanding presence in the centre of the park, breaking up the play and recycling possession in a tidy manner.

England only had a third of possession, which made for a busy night for their central defenders.

All three shone, but none brighter than Joe Gomez, who was the standout candidate for man of the match.

Gomez made an incredible eight interceptions, which is more than the rest of the England team combined.

He kept Neymar at bay, as well as Liverpool teammate Philippe Coutinho, who was withdrawn on 67 minutes. 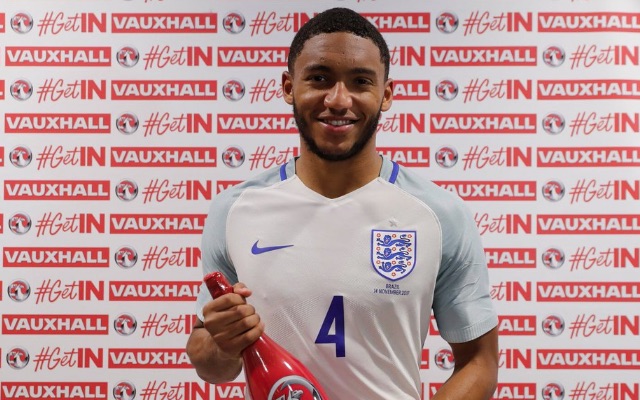 Three Manchester United players were involved for England. Marcus Rashford and Jesse Lingard played 74 and 56 minutes respectively, but it was the 11-minute cameo of Ashley Young which was the most impressive.

Young contributed at both ends, making a fabulous tackle to prevent a goal for Brazil before sending in a superb cross which gave fellow sub Dominic Solanke a great chance to win the match late on. 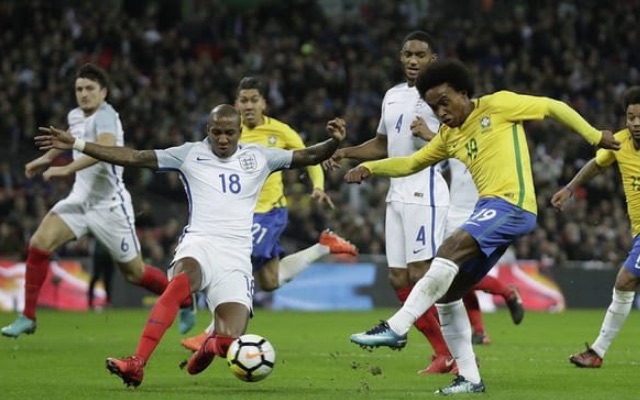 Casemiro was Brazil’s best player, producing a performance that balanced strength and skill.