As speculation continues to link him with a move to Barcelona, Philippe Coutinho has received the seal of approval from a compatriot who knows all about dazzling at the Nou Camp.

Ronaldinho spent five years with the Catalan giants between 2003 and 2008, scoring 94 goals in 207 appearances while winning two La Liga titles and the Champions League.

He also collected various individual accolades during his time with the club, and so he knows what it takes to succeed at the club and believes that Coutinho can do the same. 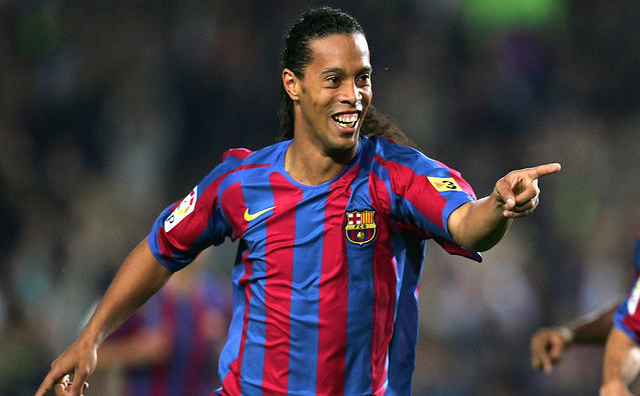 As reported by Sky Sports, Barcelona failed with a third bid of £113m to prise the Brazilian playmaker away from Anfield this past summer, as a transfer fee couldn’t be agreed between the two clubs.

In turn, Coutinho has remained on Merseyside, where to his credit, he has remained professional and focused on helping Jurgen Klopp’s side by reintegrating back into the team and impressing with his form.

The 25-year-old has scored four goals and provided three assists in nine appearances, as he has picked up from last season where he was a key influential figure for Liverpool.

However, Ronaldinho has welcomed talk of a possible move to Barcelona, and he believes that Coutinho has the style of game and technical qualities required to fit in perfectly.

“I believe the way he plays will perfectly suit Barcelona and would be delighted to see a player of such quality wear the shirt,” he is quoted as saying by Sky Sports.

“I like the way Coutinho plays and the type of football he brings. Those types of qualities will hopefully help Brazil win the next World Cup.”

Ultimately, it still comes down to Liverpool and Barcelona agreeing on a fee, as until that point, Coutinho will not move any closer to securing a switch to Spain.

However, comments from an icon like Ronaldinho will undoubtedly do wonders for his confidence ahead of a possible transfer, but Liverpool fans will naturally not appreciate it as they hope to keep hold of their star man for the foreseeable future to help them reach their objectives rather than selling another top player.