This is according to the Daily Mail, who say that manager Pep Guardiola is looking to add to the huge amount of money he spent improving his squad last summer.

Since his move to Schalke from FC Basel in the summer of 2016, Embolo’s start to life in Germany hasn’t exactly gone to plan. 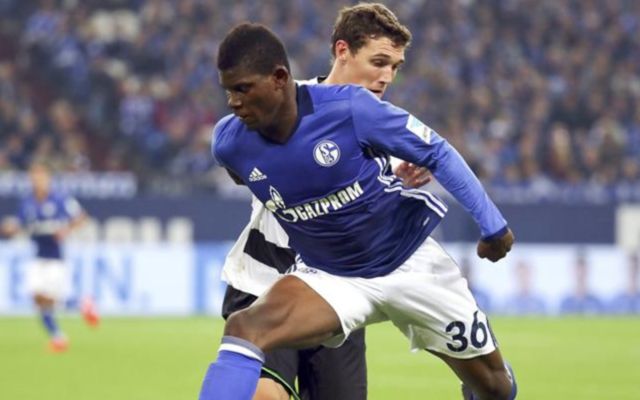 In the almost year-and-a-half he’s spent playing for Schalke, the 20-year-old is yet to set the Bundesliga alight.

Embolo has only manage to make 16 appearances in all competitions for Domenico Todesco’s side, with the forward only being able to score on three occasions in the that time.

During his time in Switzerland, Embolo was thoroughly impressive. In 94 appearances for the Swiss Super League side, the forward managed to score 31 times and contribute 22 assists, a credible record.

Something that has held Embolo back during his short career so far is his proneness to injury, as the forward has already missed 75 games for the Bundesliga outfit since his move last summer.

One thing that makes Embolo so sought after is his versatility. The 20-year-old can play anywhere across the frontline with ease, with the player even being deployed as an attacking midfielder on occasion to relative success.

Should Man City go through with their reported interest in Embolo, it’ll be interesting to see how much he can contribute to Guardiola’s side’s title charge.