World Cup qualification for Russia 2018 has been rough, as we’ve seen a number of world-class players miss out on the opportunity to make the trip.

Italy’s failure to beat Sweden in their playoff not only saw a number of quality individuals miss out on Russia, but it also opened the floodgates to retirements.

Gianluigi Buffon will hang his gloves up on the international stage with 175 caps to his name, while long-time club teammates Andrea Barzagli and Giorgio Chiellini have also made their last appearances for the Azzurri along with Daniele De Rossi.

Such is the competition for places in this line-up though, only Buffon and Chiellini make our final XI.

They’re joined by compatriot Leonardo Bonucci, who despite having a troubled start to the season with AC Milan due to his indifferent form will still be a major loss to the competition next summer having established himself as one of the top centre-halves in world football.

Bayern Munich star David Alaba will also be watching from home, as will Man Utd right-back Antonio Valencia as neither Austria nor Ecuador made the cut.

Moving into midfield, Marco Verratti was suspended for the second leg of the playoff with Sweden, and we won’t be seeing his creative qualities in midfield next summer along with the combativeness and tenacity of Arturo Vidal with Chile missing out.

Such is the quality of the attacking players on offer, we’ve gone with a midfield two and an ultra-attacking line-up, with Gareth Bale, Alexis Sanchez and Arjen Robben lining up behind Pierre-Emerick Aubameyang.

On one hand it’s difficult to feel too sorry for these individuals and their respective nations, as ultimately they weren’t good enough to qualify.

However, these tournaments are always better with the best of the best taking part, and while Bale has had his injury problems while Robben turns 34 next year, they’re still capable of producing moments of magic that live long in the memory and so their absence arguably hurts the tournament as a whole.

There is still undoubtedly a lot to look forward to next summer with star names and top teams all making it to Russia, but the tournament is certainly worse off with these 11 players sat at home or on holiday while we all watch to see what enfolds. 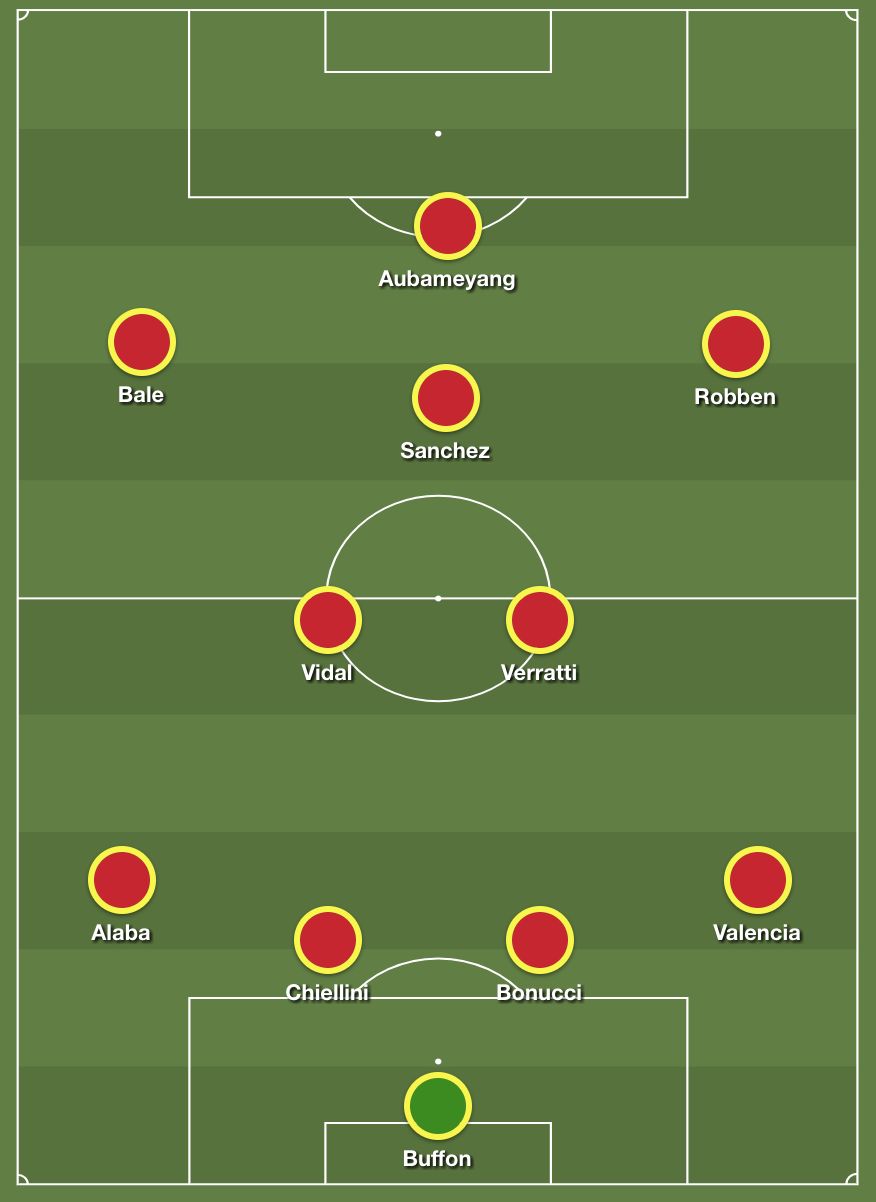