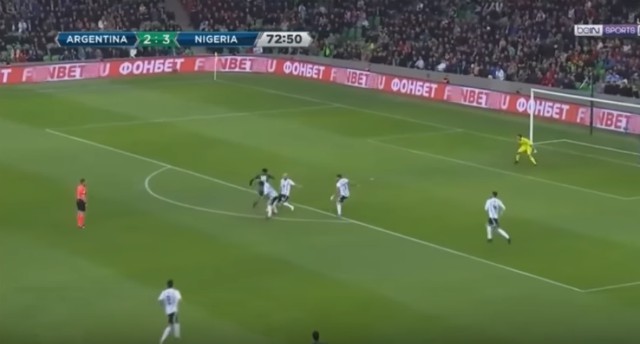 Alex Iwobi scored a solo stunner for Nigeria against Argentina and Arsenal fans are getting a little ahead of themselves as they prepare to take on Tottenham this weekend.

Gooners now want to see Iwobi involved against Spurs after he netted an absolute stunner for his country in a surprise 4-2 friendly victory over Lionel Messi and co.

Iwobi has long looked like an exciting prospect for Arsenal, though he has struggled to show the kind of consistency needed to make himself a real fixture in the side.

Still, with the 21-year-old nutmegging Barcelona ace Javier Mascherano on his way to clinically finding the bottom corner, it’s fair to say he has to be in contention for the North London Derby now. 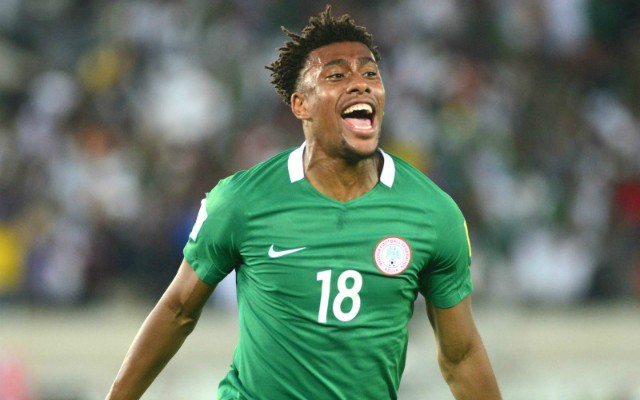 Arsenal fans certainly hope so, with many excited at how Iwobi, Alexandre Lacazette and others have done during the international break just gone.

Should Spurs be worried, or are these Gooners just getting ahead of themselves as usual?

Iwobi should start instead of Ozil vs Spurs

Iwobi with brace for Nigeria against Argentina. Hope he replicates that against Spurs on Saturday

Alex Iwobi to leave Spurs fans in tears on Saturday. You can do it Alex @alexiwobi ??

Bin the Chilean workhorse for Iwobi vs Spurs.

The Balon D’or wasn’t playing 😉 Iwobi to get a hat trick against Spurs. ??