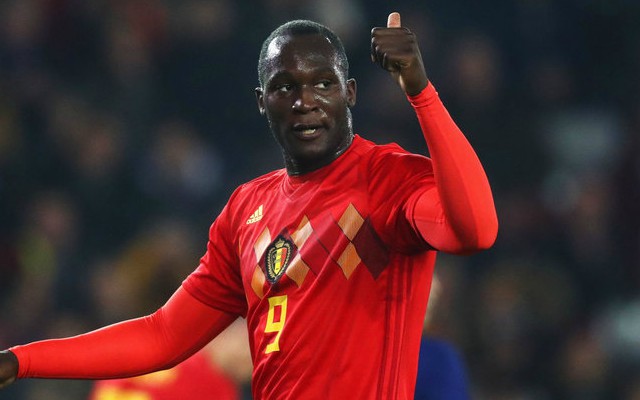 Still only 24, Lukaku is certainly up there with the finest strikers of his generation and looks well on his way to becoming a legend of the modern era if he carries on like this.

As well as his goal, the Red Devils star showed his class with his celebration, which he refused to make all about him despite reaching such an impressive milestone.

Given his goal was put on a plate for him by Belgian winger Nacer Chadli, Lukaku immediately acknowledged his role in the goal after he only had to nod in from close range.

Lukaku hasn’t always had the reputation for being much of a team player, but he showed here that it’s not all about him as he dedicated his big moment to the team-mate that set it all up for him.

Chadli showed both great feet and vision to work his way into the box and pick out his striker, giving Belgium the goal that led to a 1-0 win over Japan.

Lukaku has scored three times in two games over the international break, and will now hope to end his goal drought at club level after going seven matches without finding the back of the net for Manchester United.