Stats have revealed that Arsenal midfielder Granit Xhaka has given away the ball more often than any other player in the Premier League this season.

The Switzerland international joined the Gunners last season and has struggled to settle into the demands of English football after impressing in the Bundesliga.

Xhaka arrived with a good reputation after some commanding displays in Borussia Monchengladbach’s midfield, but the Daily Telegraph have data that shows what a liability he has become for Arsene Wenger’s side.

Despite being trusted with such a key role in keeping the ball ticking along in the middle, the 25-year-old has misplaced as many as 153 passes this season. 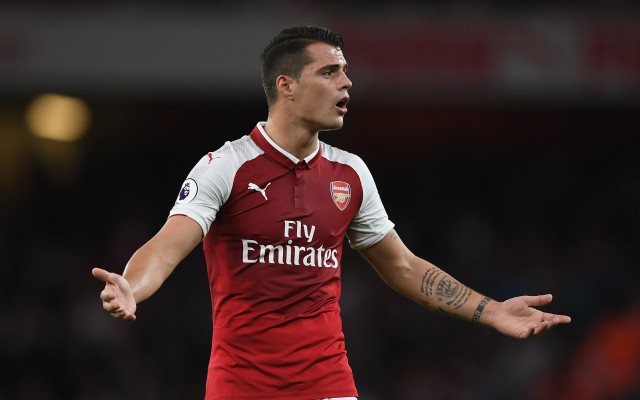 Granit Xhaka in action for Arsenal

Arsenal notably went behind to a Wayne Rooney goal in the recent win over Everton after Xhaka’s glaring error presented the ball to the Toffees forward on the edge of the box.

It seems this is becoming a habit of Xhaka in an Arsenal shirt, and Wenger and the club’s fans will be left wondering where it’s gone wrong for the player who looked such a good prospect when he arrived.

With Wenger confirming to the Daily Mirror today that Santi Cazorla’s injury continues to be a problem, it may be that Arsenal have no choice but to turn to the transfer market to improve in midfield as soon as possible.