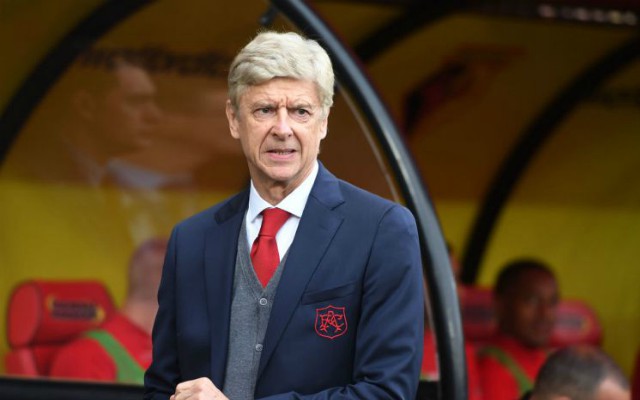 Arsenal have been handed a triple fitness boost as they prepare for the north London derby against Tottenham at the Emirates on Saturday.

Arsene Wenger’s side are in desperate need of securing all three points this weekend as they can’t afford to lose further ground in the race for the top four as well as for their faint title hopes.

In contrast, Tottenham very much have their eyes on leaders Manchester City and won’t want to risk seeing the eight-point gap that currently exists between the two sides getting bigger.

In turn, the derby is hugely important for both sides, and having as close to a full-strength squad as possible will be a real boost for Wenger.

As seen in the images below from freelance injury analyst Ben Dinnery’s tweet, the veteran tactician will be buoyed by the fact that Rob Holding, Danny Welbeck and particularly Shkodran Mustafi were all present and took part in full training on Friday.

While they haven’t been particularly prolific in attack so far this season with just 20 goals scored in 11 league games, their backline has also been an issue as they’ve shipped far too many goals.

16 goals conceded in 11 games means that they have the second worst defensive record out of the top eight sides in the Premier League, and so welcoming back Mustafi could help them to shore things up at the back and be a more formidable unit.

They’ll certainly hope that’s the case with or without him against Tottenham, as although he’s back in training, the north London derby may still come too soon for him given he’s been out with a groin injury since the last international break last month.