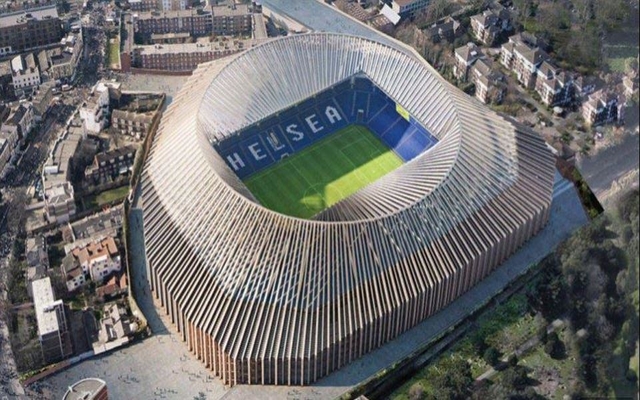 It seems as though Chelsea may have budgeted incorrectly for their new stadium as it’s claimed that it could cost double what they initially estimated.

The redevelopment of Stamford Bridge was undoubtedly much needed, as with plans to turn it into a 60,000-seater stadium, the revenue generated on matchdays will significantly benefit the club with the various plans attached to it to put them in an even stronger position to compete on the market with their European rivals.

However, according to The Times, it could now cost them a staggering £1 billion in total, double the £500m that they planned for when they secured planning permission in January.

The report goes on to explain the rise in costs, and when you take into account the length of time it will take to build the stadium, which has been put at five or six years, coupled with the extravagant designs put forward and other economic factors outside of Chelsea’s control, it begins to become a lot clearer as to why it will hit them hard in the pocket.

In turn, it’s questionable as to whether this will now be a financially viable option on the basis of what they originally planned for in terms of financing the rebuild, as these costs will now have to be put forward to those that they intended on borrowing from.

It’s noted by the Times that Chelsea are talking to investment banks and will sell the naming rights to cover the costs rather than dipping into owner Roman Abramovich’s pockets entirely.

However, they’ll surely have their financial forecasts in place to not only cover the short-term debt that it will accrue, but in terms of how they plan on paying debts back and then making sure the redevelopment proves to be successful on and off the pitch.

See how Chelsea’s new stadium will take shape and the progress the club has made in developing the ground over the years. ??? #CFC pic.twitter.com/NdgdLCTXOH