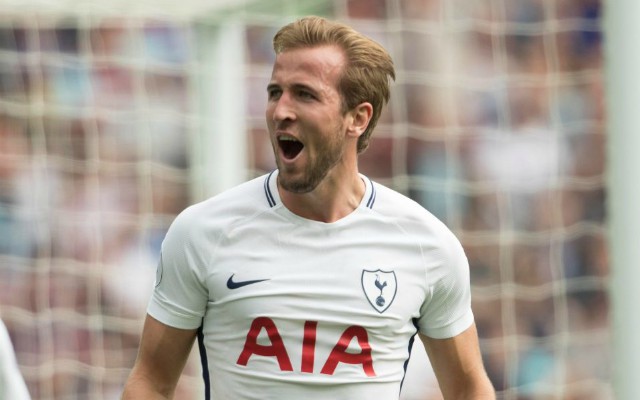 Former Tottenham midfielder Jermaine Jenas has given Arsenal some advice on how best to keep Harry Kane quiet this weekend – and that’s by focusing on Christian Eriksen and Dele Alli.

Kane, 24, has been on fire for Spurs this season with 13 goals in 14 games in all competitions, and will be seen as a key figure in this Saturday’s North London Derby.

However, Jenas believes Arsenal shouldn’t be too preoccupied by Kane himself, and says he’s best nullified if he fails to get the service from Eriksen and Alli behind him.

‘Whenever I have watched Harry and he hasn’t been at his best, it was because he wasn’t getting the support from midfield,’ Jenas told GQ.

‘He functions best when Dele or Christian Eriksen are on form, making space and creating chances for him. The way to stop Harry is to kill off the supply lines to him.

‘Harry is as clinical as any striker in the Premier League, but if he doesn’t get the chances he can’t take them.’

Eriksen looks in particularly fine form at the moment for club and country, going into this weekend’s game having just scored a hat-trick for Denmark in their won over Republic of Ireland during the international break.

The 25-year-old four goals and three assists for Tottenham so far this term and is certainly the creative force of this Spurs side.

Still, Jenas reminded everyone at Tottenham that they’ll need to be at their best for this one or they could still get turned over by Arsenal’s quality.

‘If Spurs think they can just turn up and roll over Arsenal they are in for a shock,’ he said. ‘Arsenal still have a host of world-class players and on their day they can still beat any team in the league at the Emirates.’